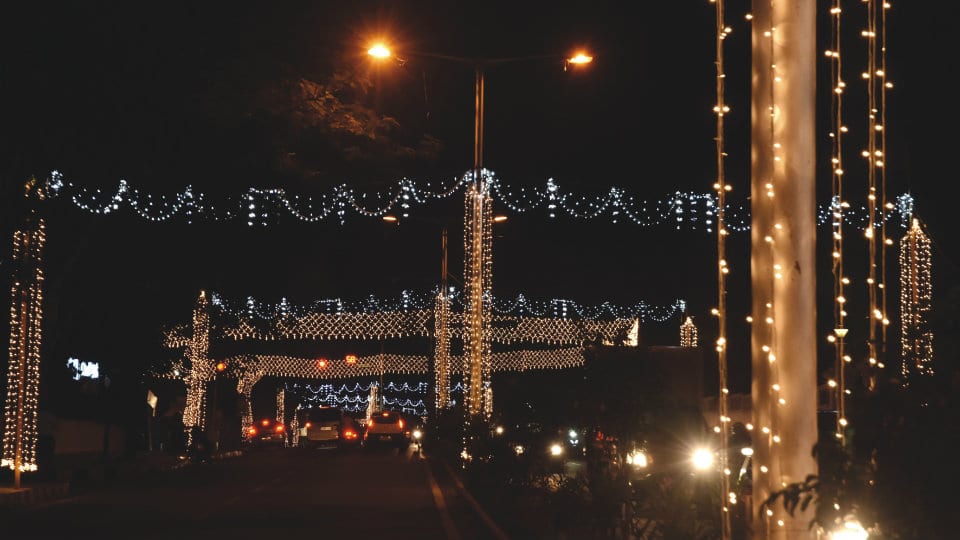 Mysuru: Dasara illumination has been the most appreciated part of the festival with the main thoroughfares of the city, circles and buildings dazzling with elegant lighting as dusk sets in. However, a few crooked miscreants with perverted mind have allegedly begun to steal the LED bulbs and serial set lights hung and wound around tree trunks once the illumination is switched off.

The miscreants obviously target places with less movement of people. In fact, a few people passing on roads mistake the miscreants for technicians doing some repair work. The Cops too will be busy focusing on security at Aahara Mela, Flower Show, Mysore Palace and other prominent places thus making it easy for the miscreants to do what they want to.

CESC personnel have expressed their inability to secure the illumination on account of the vast area covered and Police too cannot be blamed as they have to attend to other major security works.

The people have appealed the miscreants not to fall prey to perversions but enjoy the colourful ambience with an open mind.