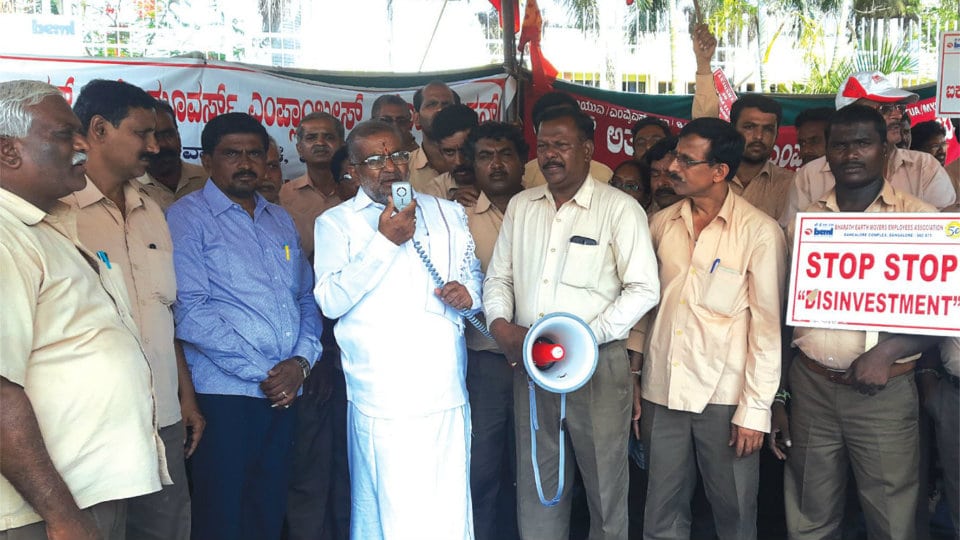 Mysuru: Chamundeshwari MLA G.T. Devegowda has extended support to the 3-day stir launched by BEML employees in protest against privatisation moves by the Union Government.

G.T. Devegowda, who visited the  employees on the last day of their 3-day stir in front of BEML, Koorgalli here on Friday, said that he was fully supportive of the stir.

He further said that he would also raise the issue with the Chief Minister and MPs from the State.