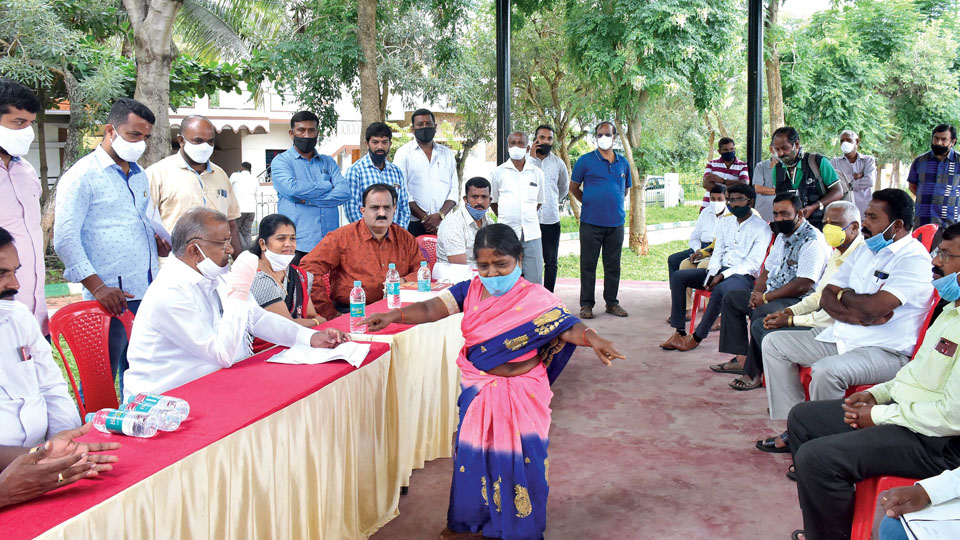 He later held a public grievances meeting at the Park in Bogadi Second Stage coming under MCC Ward No. 44.

During the meeting, the public appealed the MLA to develop parks in the locality, widen Bogadi Main Road and address drinking water issues.

Devegowda directed the officials to prepare an estimate for park and circle development and asked Police to remove barricades on Bogadi Main Road.

The MLA also assured that the drinking water pipeline works will be taken up soon as the tender process completes.

The citizens appealed the MLA to address issues concerning bus shelters, circles development, swimming pool, Underground Drainage (UGD) and Health Centres, following which GTD directed the officials to submit a report on the status of development works being taken up in the Ward.