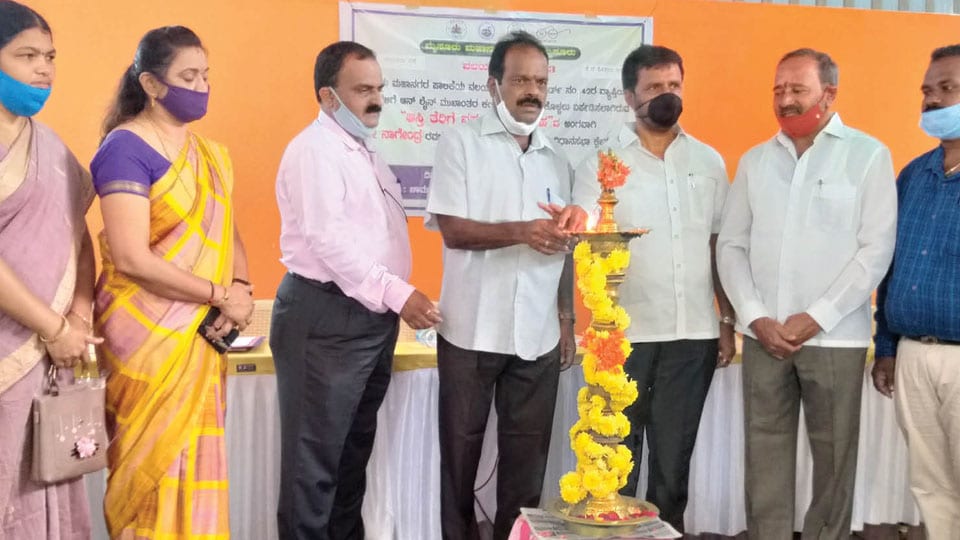 Pointing out that developmental works have been hit due to pending property tax dues, Nagendra, while underlining the need for every property owner to pay tax, said that the drive will go on for the next three months, barring Government and public holidays.

Lauding the MCC’s initiative of marching to the door steps of the people, who seem to be scared to come out in the wake of the rampant spread of the deadly COVID-19 pandemic, Nagendra sought the co-operation of property owners in K.G. Koppal to ensure the success of the MCC’s unique drive, which has been launched for the first time.

He further said that property owners can pay tax at Chamundeshwari Temple premises, close to Chamarajapuram Railway Station, daily from 10 am to 4 pm on all working days.

MCC Zone-3 Assistant Commissioner Satyamurthy said that the MCC staff will sit on a stir (Mat Movement) in front of the houses of all defaulting property owners, who fail to pay their tax dues even during this drive. Also, the water, electricity and sanitary connections in respect of the properties of defaulting owners will be cut off and measures will be taken for attachment of properties, he added.