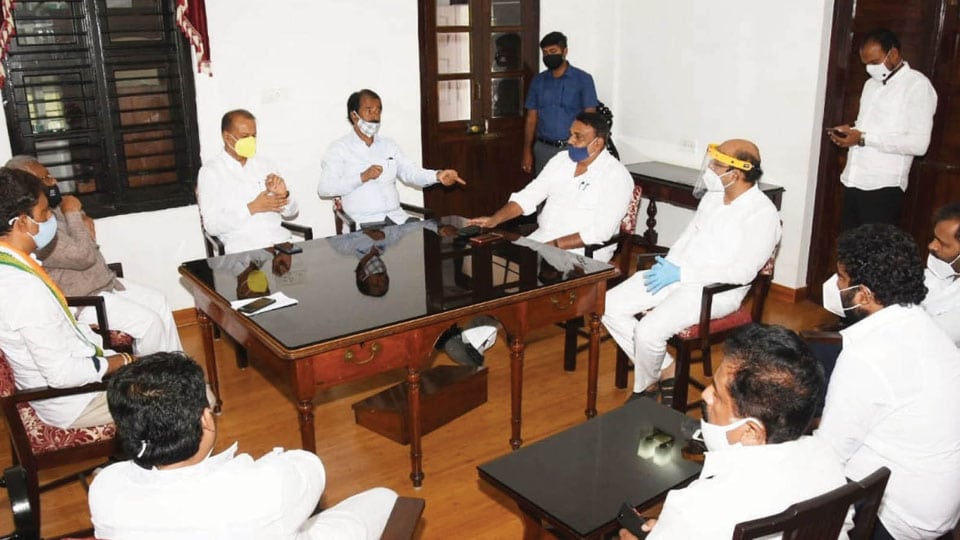 Mysore/Mysuru: The Congress, on Thursday, held a strategy meeting to discuss new plans for strengthening the party in the district at the grass-root level ahead of the forthcoming polls for various bodies.

The meeting entrusted Opposition Leader and former Chief Minister Siddharamaiah to take a decision on behalf of Mysuru District Congress in respect of the State youth Congress polls.

The other decisions taken included appointment of Booth-level agents for every Booth in respect of revision of electoral rolls and to take a decision at the local level in respect of welcoming leaders from other parties into the Congress.