Home » News » MLA recalls how the hospital was registered for just Re. 1 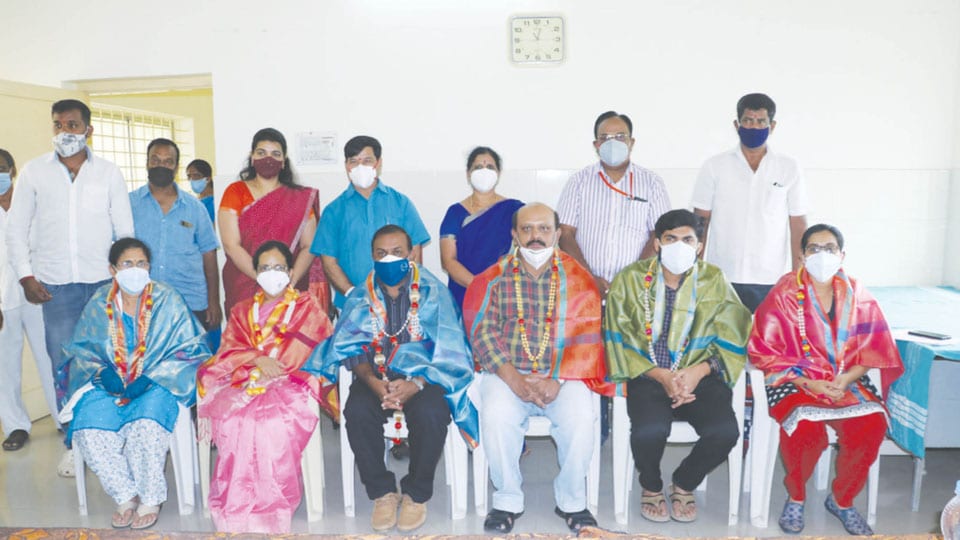 MLA recalls how the hospital was registered for just Re. 1

Mysore/Mysuru: Krishnaraja MLA S.A. Ramdas felicitated the staff of Jayanagar Urban Community Health Centre (UCHC) which has bagged two national awards, in recognition of its services to the community.

Speaking on the occasion, he said that at a time when people neglect Government Hospitals, this UCHC has become a favourite hospital for thousands of people for its cleanliness, hygiene and services. The credit also goes to Group D employees and house keeping staff who have kept this hospital neat and clean always.

Ramdas shared an interesting story behind opening of this hospital in Jayanagar. “When I was elected MLA for the first time, I came to know that a doctor from America wanted to build a hospital on this piece of land and it came up before the meeting of MUDA. At that time, I wanted to have the Government Hospital there for the benefit of local people. I took up this proposal to the then Chief Minister and also Health Minister Dr. A.B. Malaka Reddy. The project was okayed but the MUDA demanded the market price of Rs. 2 crore. But the Health Department at that point of time didn’t have that much of funds. So, I paid Re. 1 as token advance to the MUDA and got this land transferred to Health Department to open the hospital. In fact, no hospital in the State has been established with just Re. 1. Dr. Raghukumar has been working relentlessly for the last five years in development of this centre. I want to make this as a model UCHC in the whole country,” he noted.