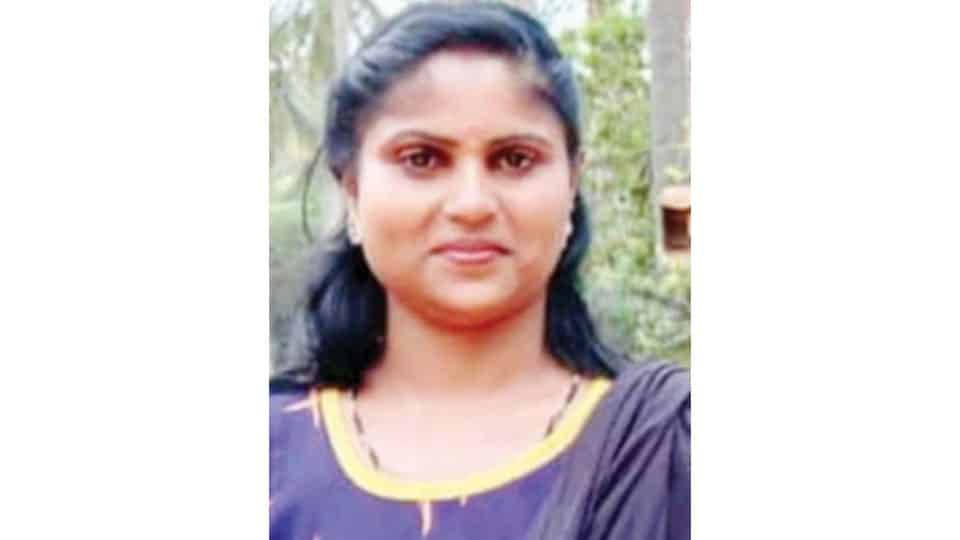 Nanjangud: Nanjangud Police are said to have arrested four persons including a woman member of Nanjangud City Municipal Council (CMC) on charges of allegedly murdering a lady teacher of Morarji Desai Residential School in the taluk.

The deceased teacher is Sulochana (45), a Hindi teacher at Morarji Desai Residential School at Mahadevanagar in the taluk. She was found murdered on Mar. 9 and a Special Police team led by Nanjangud Town Circle Inspector Lakshmikanth Talawar was formed to crack the case. The Special Police team has cracked the case within five months of the crime.

It is learnt that the teacher had illicit relationship with the husband of the woman CMC Member and the CMC Member with the help of her relatives had murdered the lady teacher.

Sulochana had married one Suresh of Devarasanahalli in the taluk and Suresh had passed away four years ago and the lady was residing at a rented house at Mahadeshwara Layout in Nanjangud.

On Mar. 8, the lady teacher had asked Sharadamma, the school cook to come to her house the next day morning so that they could go to the School together.

Accordingly, Sharadamma came to the teacher’s house on Mar. 9 and found the front door open. On entering the house, she found the body of the teacher, wrapped in a bed sheet with wounds on her neck and face, lying on a mat. As it was suspected that the teacher was strangled to death, the Police had registered a case of murder and had begun their investigation.

The murder came to light when the Police interrogated the accused in this angle, according to sources.