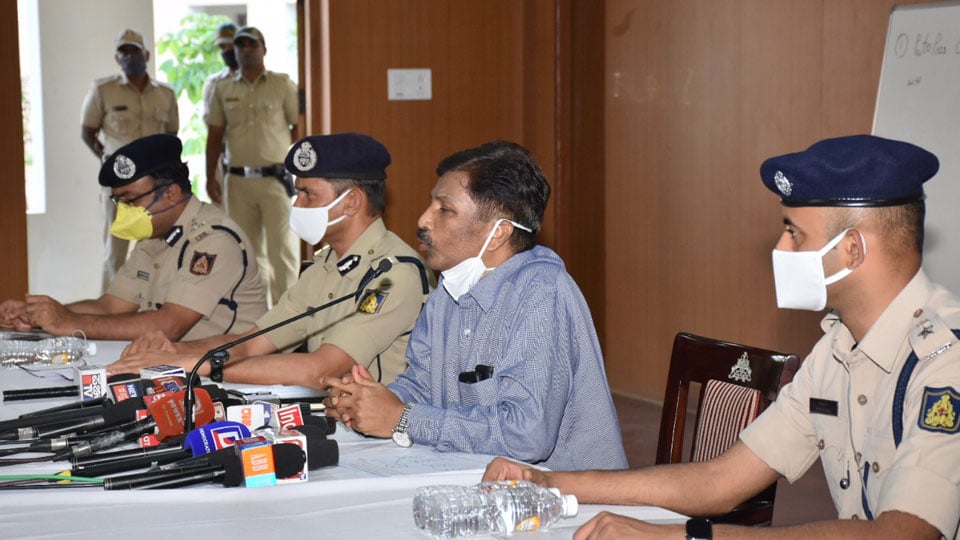 Container did not spread Coronavirus at Jubilant Generics: ADGP

Mysore/Mysuru: Additional Director General of Police (ADGP) Parashivamurthy has said that they have received information that the container which came from China to Nanjangud-based Jubilant Generics (where maximum positive cases have been reported) did not carry Coronavirus.

He was addressing the media at the Office of the Superintendent of Police in Nazarbad here yesterday (Apr. 15). He said that the samples of the container from China were sent to a lab for testing and they had received information that the virus was not spread from the container.

The ADGP further said that it is not yet confirmed from which material, which person and from which route the employees of the pharma company contracted Coronavirus. “Investigations are being conducted to find when the representatives from foreign nations visited the company. However, the source of the infection is yet to be ascertained,” he said.

Continuing, the AGDP said that 1,898 persons, who were in contact with those infected with Coronavirus till date, are under home quarantine out of which 1,310 persons have been tested and 58 persons were tested positive.

ADGP Dr. Parashivamurthy said that out of those undergoing treatment 12 persons have recovered and more than 500 persons, who are still under quarantine are being tested. “It would not be a surprise if 10 out of those 500 persons test positive. But as of now, all are under home quarantine and they are being observed,” the ADGP added.

Stating that Coronavirus entered Mysuru from three different types of persons – a Dubai returnee, employees of Nanjangud-based Jubilant Pharma Company and from those who returned to Mysuru after participating in a religious meet at New Delhi, Dr. Parashivamurthy said that the District Administration immediately swung into action and were successful in preventing the community spread of the virus.

As COVID-19 Virus was seen in 58 persons in Mysuru district, the Centre has included Mysuru district in ‘Red Zone’ limits and added that all roads to Nanjangud, from where highest number of positive cases were seen has been blocked and the residents have been asked to stay indoors.

Though lockdown is in force in Mysuru city and district, the public have complained that about 25 percent of people are moving around unnecessarily, he said and added that the people should understand the danger and should be more responsible by staying indoors. If people continue to roam around unnecessarily, all necessary businesses would be allowed to operate till 2 pm and would be forced to close down after that, the ADGP said.

Pointing out that migrant workers, who are working in various industries are facing hardship due to lockdown, AGDP Dr. Parashivamurthy said that the district administration was providing necessary facilities to them.