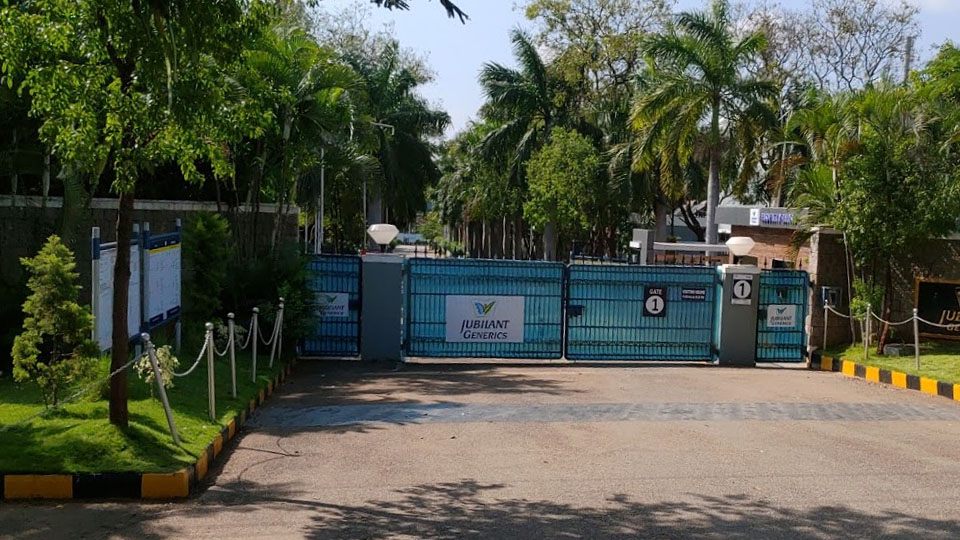 Mysore/Mysuru: Nanjangud-based Jubilant Generics, an extended arm of Jubilant Life Sciences, will be allowed to re-start operations from Nanjangud with certain conditions and the Company management has come forward to adopt 10 villages contributing to their overall development, said Nanjangud MLA B. Harshavardhan.

The MLA said that the Company has also agreed to distribute 50,000 food and ration kits to villagers who reside in the Company’s vicinity.

Mysuru turned Red Zone after 74 employees from Jubilant Generics were tested COVID-19 positive and the source of the virus still remains a mystery.

Harshavardhan was the first elected representative who demanded a probe into how one of the employees contracted the virus that spread to 74 prompting the declaration of Red Zone in Mysuru. Following his insistence, the State Government ordered a probe under the leadership of senior IAS Officer Harsha Gupta. However, the investigation did not throw any light on the actual source of the virus.

Ever since positive cases started emerging from the Temple Town, the Mysuru District Administration declared Nanjangud as a cluster case and the production at the Unit was shut as all the over 1,000 employees were quarantined along with their primary and secondary contacts.

“The Company has to take the responsibility of the employees and take maximum precautions to prevent such negligence in the near future. The Plant management will be responsible for whatever happens in the Company,” he said.

“Jubilant Generics has entered into a licensing agreement with US-based Gilead Sciences to manufacture and sell Gilead’s investigational drug ‘Remdesivir’, a potential therapy for COVID-19 in 127 countries. In the light of this, the Company has requested the State Government to permit it to open its Nanjangud facility. Chief Minister B.S. Yediyurappa, Industries Minister Jagadish Shettar and Mysuru District Minister S.T. Somashekar held a meeting with the company officials and certain conditions have been imposed,” Harshavardhan said.

“As the Company is manufacturing Active Pharmaceutical Ingredients for COVID-19 drug and keeping in mind the interests of over 1,000 employees in the Nanjangud Plant, the State Government has directed the Company to fulfil its obligations and allowed it to open conditionally,” the MLA added.