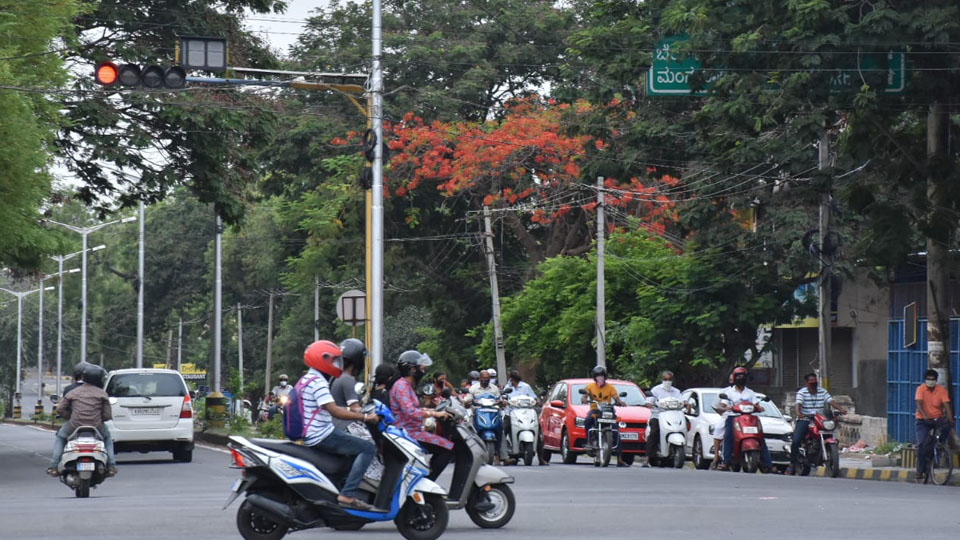 Mysore/Mysuru: The traffic signal lights which were stopped due to lockdown has begun to function since Friday in city.

Now, traffic signal lights at all 52 junctions in city have been switched on and motorists should follow the traffic rules and regulations. As many motorists are found violating traffic rules, the violations are captured by CCTV cameras and the Police are sending notices to the address of the violators through the Traffic Management Centre.

The Police have urged motorists to follow traffic rules and carry all relevant documents while driving or riding and produce the same during checking.