Home » Archives » More on traffic indiscipline and lawlessness by motorists 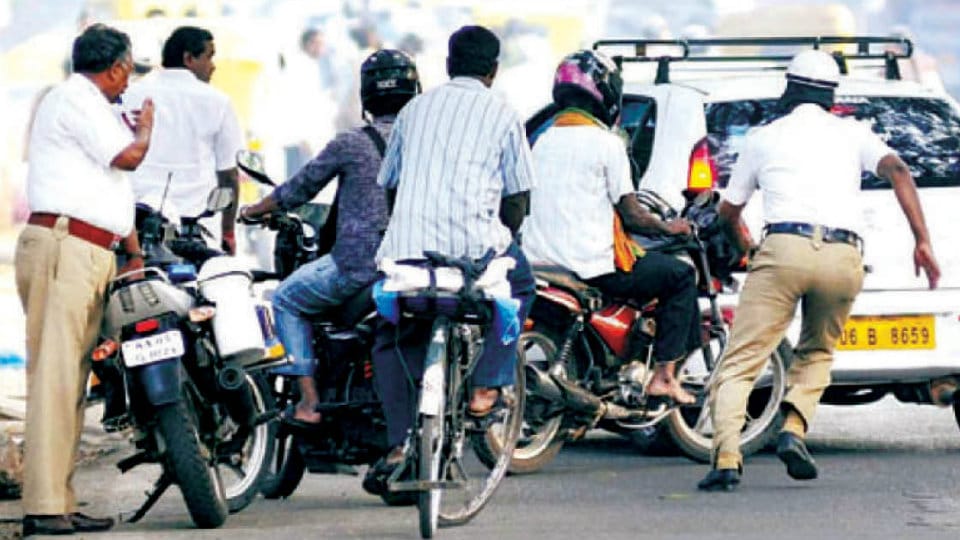 Archives, Voice of The Reader

More on traffic indiscipline and lawlessness by motorists

While completely agreeing with the views expressed by N. Bhaskar in his letter titled “Two-wheeler riding: Indiscipline and lawlessness on city roads” (Star of Mysore dated Mar.7), I would like to add that, at present Police are concentrating only on penalising the riders of two-wheelers for helmet and DL violation.

In addition to this, the city traffic wing should also monitor the rash and negligent driving of two-wheelers on the roads. Most of the riders do not even know the elementary traffic rule, that one should never overtake any vehicle from left, as the right of usage of left side is with the vehicle being overtaken. This violation is very common, repetitive and apparent in four-wheel drivers also, including HTVs.

Besides educating the public about this, Police should ride in their bikes on the roads and warn riders and drivers through public address systems and also penalise those for violating the basic rules of traffic.

Drivers and riders should be made aware that the only right way of overtaking is from the right side of the vehicle being overtaken. It seems the motorists have forgotten this elementary rule as everybody is overtaking from the left, then on the right and it has become an accepted practice.

Another violation is youngsters (educated or uneducated) resort to zig-zag driving. They startle the other motorists by suddenly coming in front of them, from nowhere. I request the Police Department to deploy Traffic Police on their bikes randomly to monitor and warn such violators of traffic rules and note down their numbers for future monitoring. Besides penalising them, the Mysuru City Traffic Police should write them a letter warning them about the violations and also about the fact that such violators are being monitored.