Home » Feature Articles » More than 20,000 kgs of Dates sold in Mysuru every Ramzan 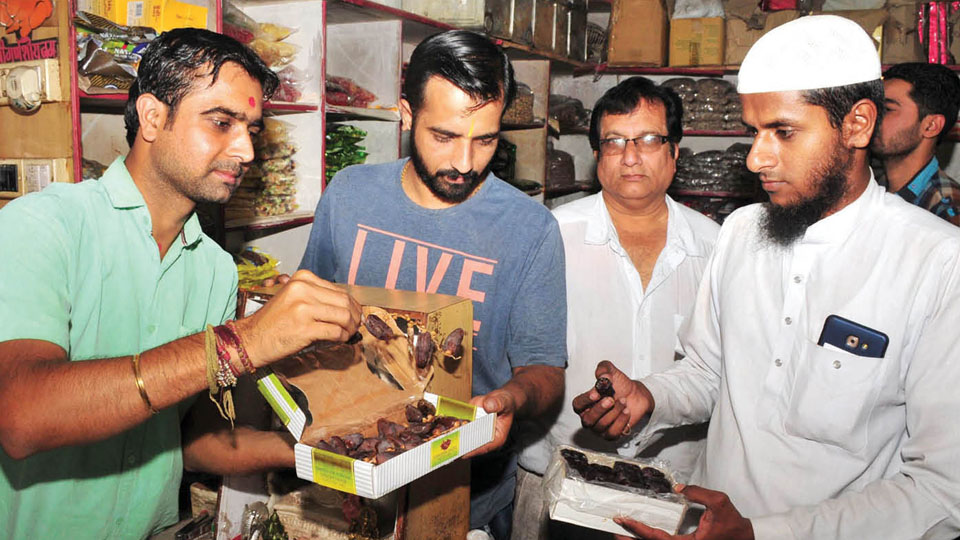 More than 20,000 kgs of Dates sold in Mysuru every Ramzan

Mysuur: More than 20,000 kgs of dates are sold in Mysuru during the holy month of Ramzan or Ramadan every year. And even if one keeps a conservative price of Rs. 500 per kg, the business runs into crores of rupees. While the normal varieties of dates cost Rs. 100 per kg, exotic varieties cost a whopping Rs. 5,000 per kg.

During Ramzan, each day, Muslim families rise early in the morning and have a pre-fast meal known as Sehri. At sunset, families gather to break the fast with a meal known as Iftar. But before heading for Iftar they break their fast with dates, after which they adjourn for Maghreb prayer – the fourth of the five daily prayers.

It is said that Prophet Muhammad broke fast with three dates and water. And from there on dates has been associated with Ramzan. While an Iftar meal is packed with sumptuous and signature Ramadan delicacies, ranging from kebabs, biryani, sevaian, sharbats and desserts, it is impossible to imagine a Muslim household without the presence of dates.

At least 60 varieties of the fruit have arrived in the city. Shelves at the supermarkets and grocery stores in several areas in city have been flooded with a variety of dates, while few vendors also sell it on streets. Most of them are engaging themselves in additional temporary work of selling dates in the evening to earn a few rupees more.

Dates are available in abundance at malls and supermarkets across the city and places like Meena Bazaar, Mandi Mohalla, Udayagiri, Rajivnagar, Shanthinagar and Akbar Road. And the good news here is that many more varieties will come to the city and when the Ramzan celebration reaches the peak, the buyers can have a choice to buy from over 75 varieties.

The Loyal World Group has a host of varieties of dates at its outlets at V.V. Mohalla and Forum City Centre. “We have hosted a ‘Date Fiesta’ with over 50 varieties that have been imported from nine countries. Our varieties include Ajwa, Amber, Medjoul, Skukaray and a lot more. We have enough stocks of these delicious dates,” said Shabbir of Loyal World. 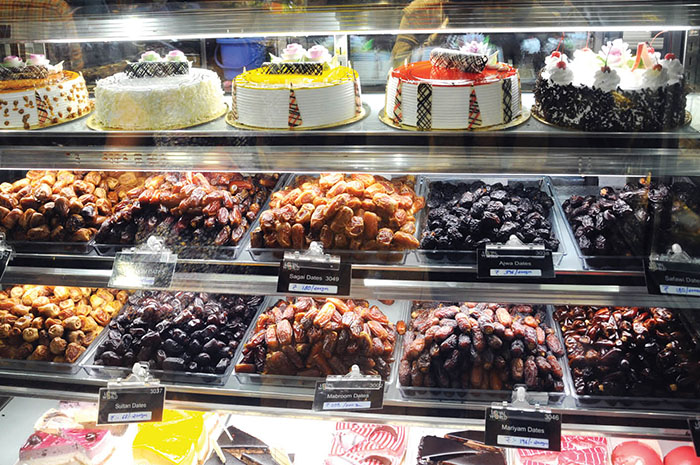 Varieties of dates and dry fruits imported from over nine countries on display and on sale at Loyal World Supermarket at V.V. Mohalla in Mysuru.

The varieties are so many that buyers have been spoilt for choice – from sugarless dates to the honey-filled ones. Among those much in demand is Medjoul King, a sugarless date variety from South Africa. Ajwa, the seedless date filled with honey, almond, saffron and cardamom, is also tempting the buyers. 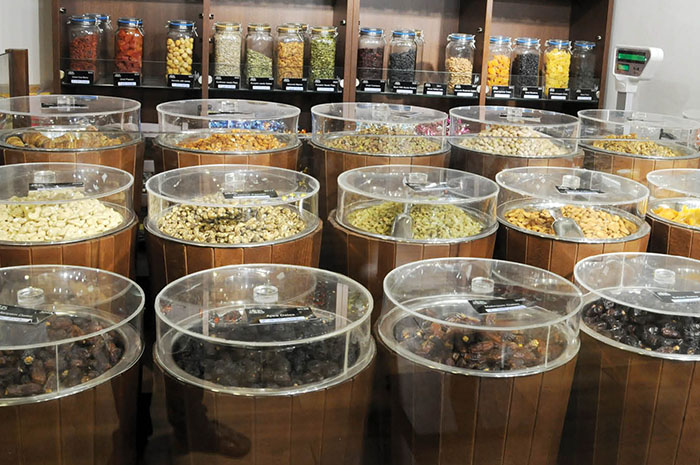 Among the varieties available in the market are Mariyam and Kesar from Iran, Mabroom from Baghdad, Kalmi, Safawi, Khudri, Sukri from Madina (Saudi Arabia), Jordan valley dates from Jordan and Tunisian dates from Tunisia. Also, Kimia, rehana-zobeil varieties are available.

Food nutritionists say that dates are easy to digest and consumption of which also protects the fasting person from constipation, and alkaline salts in dates adjust the acidity of the blood, thus serving as great food starters at the time of breaking the fast. 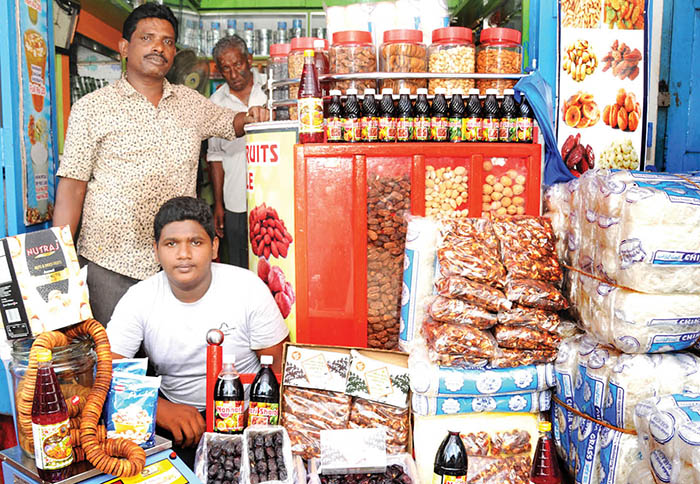 Dry fruit and dates being sold at Mugliya Juice Centre in Mandi Mohalla.

Traders Salman Khan, and Shabbir Pasha, on Ashoka Road, told Star of Mysore that the demand for dates had shot up. Traders in big commodity markets across India place orders with foreign merchants, and huge consignments arrive in the country within a week

During Ramzan, many date-producing countries slash export duty as the fruit is distributed to orphanages, madrasas and mosques. Another merchant in Mandi Mohalla said that most buyers were non-Muslims who preferred dates for their health benefits.

Dates Ramzan
Plea to construct retaining wall for the drain in Udayagiri
Sundaramurti: A Great Saint of South India

2 COMMENTS ON THIS POST To “More than 20,000 kgs of Dates sold in Mysuru every Ramzan”