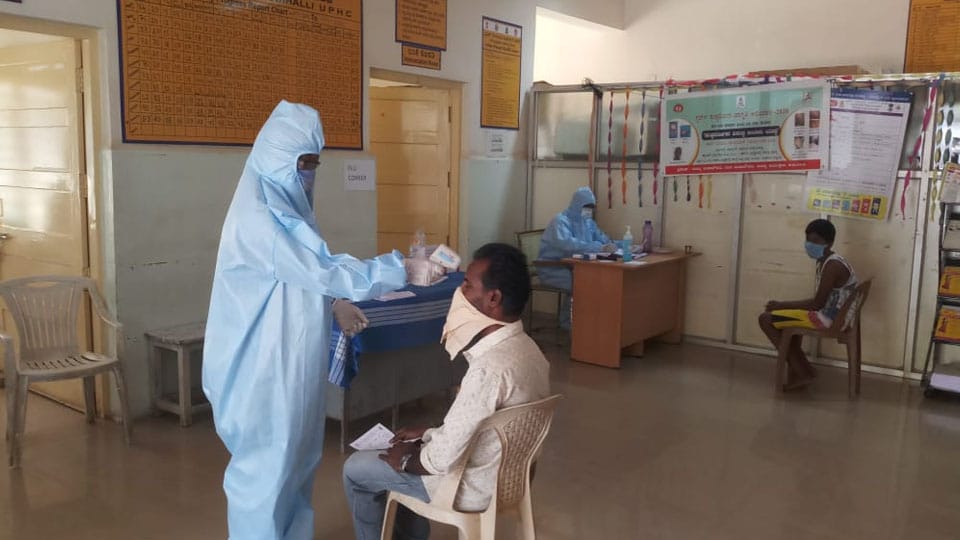 Mysore/Mysuru: Days after Doctors attached to the Health and Family Welfare Department staged a silent protest and succeeded in making the Government sanction Rs. 125 crore for a hike in their salaries, Contractual Health Workers of National Health Mission (NHM), under the banner of Karnataka State Health and Medical Education Department Contractual and Outsourced Employees Association (KSHCOEA), began an indefinite strike from today, seeking fulfilment of their demands.

Their 14-point charter of demands include job security, pay parity and insurance coverage among others.

With the Contractual Health Workers going on an indefinite strike, the work at COVID attached ICUs, Fever Clinics, Isolation Centres, Wards and survey and surveillance of primary and secondary contacts are affected across the State, it is learnt.

KSHCOEA Mysuru District President Chandrashekar told Star of Mysore that there are over 30,000 Contractual Workers serving under NHM, with 627 in Mysuru district alone.

Pointing out that the Government has not met their demands or formed a Committee to look into their demands, he said that the Contractual Workers include Staff Nurses, Ambulance Drivers, Data Entry Operators, Lab Technicians, AYUSH Doctors, Auxiliary Nurse Midwives (ANMs), Counsellors, Supervisors, Midwives, Tuberculosis Supervisors and other staff.

“We have been working for years under NHM without job security and equal wages as compared to permanent Health staff. Despite repeated pleas, the Government has failed to consider our just demands,” he claimed and added that the indefinite strike will continue till the Government concedes their demands.

Chandrashekar further said that prior to the beginning of the indefinite strike, the KSHCOEA State President Vishwaradhya H. Yamoji had submitted a fresh memorandum to the Government yesterday seeking fulfilment of their demands.