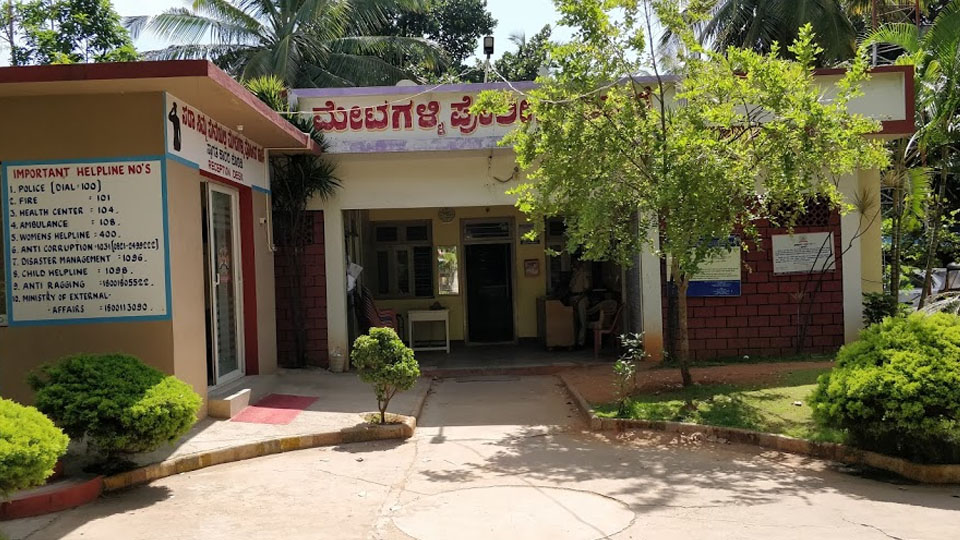 Victim was the daughter from her first husband

Mysore/Mysuru: A woman, along with her second husband and her mother, has been arrested by Metagalli Police on charges of allegedly murdering her daughter (first husband’s daughter).

Details: Accused Pavithra was married to Siddesh (first husband) about eight years ago and the couple were blessed with a girl child Kumari, who was six years now.

Later, Pavithra, despite her first husband being alive, married Surya and the couple have a three-month-old girl child.

Pavithra, assuming that Kumari may face problems in future, hatched a plot to eliminate the child. On Aug. 25 at about 5.30 am, when Kumari was sleeping, the three smothered Kumari with a pillow and killed her. Later, in a bid to hush up the matter and destroy evidence, they falsely claimed that Kumari died all of a sudden and even performed the last rites.

But Siddesh (first husband), sensing something fishy about his daughter’s death, lodged a complaint on Sept. 2 alleging that his daughter Kumari was murdered and a case was registered at Metagalli Police Station.

Metagalli Police, who took up the investigation, traced Surya, Pavithra and Gowramma on Sept. 4 and took them into custody. During interrogation, the accused are said to have told the Police that though Pavithra had a daughter from her first husband Siddesh, her second husband Surya had not informed about it to his family members and had married Pavithra.

Assuming that her daughter would be a problem if Surya’s family members come to know about it and her family life would be in dire straits, Pavithra, along with her second husband and her mother, smothered her six-year-old daughter with a pillow in the early hours of Aug. 25, the accused confessed before the Police, following which they were formally arrested and produced before a Court.