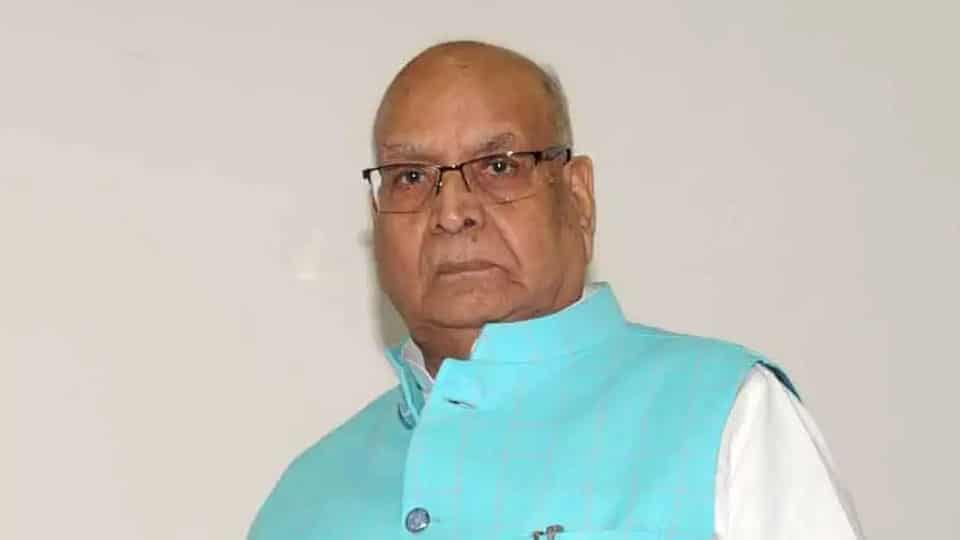 Bhopal: Madhya Pradesh (MP) Governor Lalji Tandon breathed his last today after a prolonged illness. He was 85. He was admitted to a private hospital in Lucknow on June 13.

The news was confirmed by his son and UP Minister Ashutosh Tandon. Ashutosh further said that the last rites of his father will be performed this evening in Uttar Pradesh’s Lucknow and in accordance with the COVID-19 guidelines.

The veteran leader’s body will be initially kept at his official residence in Hazratganj and later at his Sindhi Tola residence in Chowk to enable people to pay their last respects.

Born on April 12, 1935, Lalji Tandon is survived by his wife Krishna Tandon and three sons.

Tandon has served as a Member of the Uttar Pradesh Vidhan Parishad for two terms and also as the Leader of House of the Council. The veteran leader was elected to the Vidhan Sabha thrice and was a Minister in BJP and BSP-BJP Governments. He was elected to the 15th Lok Sabha from Lucknow by a margin of more than 40,000 votes in May 2009.

In 2018, he was appointed as Bihar’s Governor and shifted to Madhya Pradesh in the same capacity a year later.