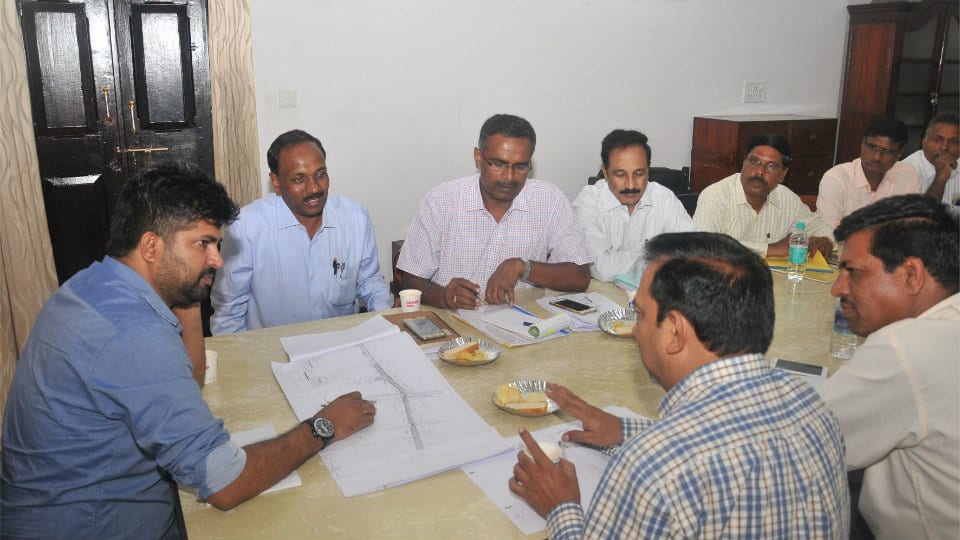 MP holds meeting on Railway bridges to come up in city

Mysuru: With the Railway Ministry announcing plans for the elimination of Railway crossings across the country wherever possible, Mysuru-Kodagu MP Pratap Simha held discussion with PWD, MUDA, MCC, Vani Vilas Water Works (VVWW) and Railway officials on the construction of Railway Under Bridge (RUB) near Crawford Hall on Bogadi Road and Railway Over Bridge (ROB) near Royal Inn on KRS Road at Jaladarshini Guest House here this morning.

Pratap Simha asked the VVWW officials to inform in advance about water pipelines along the Railway track.

Suggesting the MCC and MUDA officials to come up with a plan on construction of service road near these two places, as vehicular traffic has to be diverted once the works commence, the MP called for a perfect co-ordination.

Pointing out that there was budgetary provision for the construction of RUB on Bogadi Road and ROB near Royal Inn on KRS Road, the MP asked the officials to look at the possibility of making the RUB and ROB roads 4-lane in keeping with the increasing flow of traffic.

The MP further said that he will appeal District in-Charge Minister Dr. H.C. Mahadevappa to inspect the two sites latest by June 15 and hold a meeting with  stakeholders to ensure perfect co-ordination between them.

Pratap Simha
Yoga Day poster released
When Trump calls for a war against Islamic terrorism and praises its historical promoter, it is hypocrisy