Home » Columns » When Trump calls for a war against Islamic terrorism and praises its historical promoter, it is hypocrisy 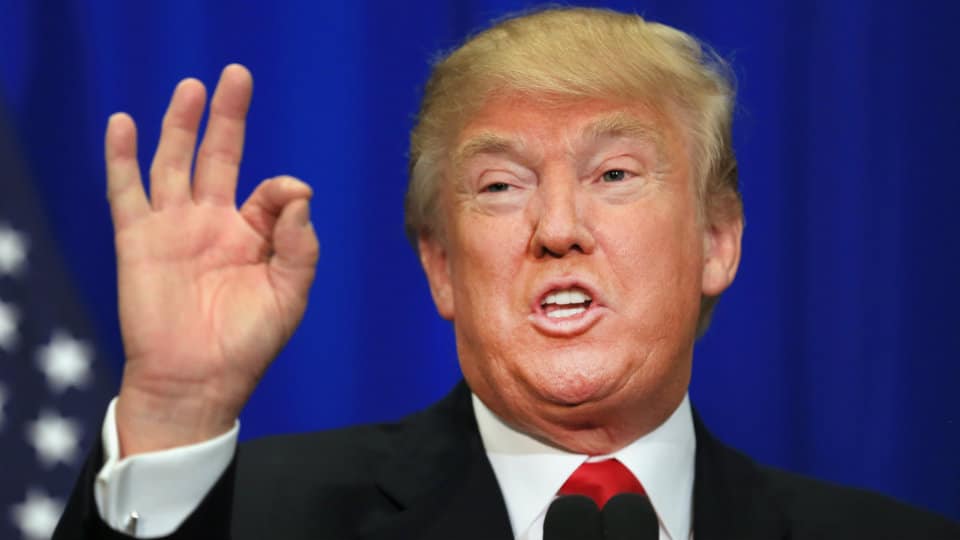 When Trump calls for a war against Islamic terrorism and praises its historical promoter, it is hypocrisy

Abu Zubaydah, a ‘high-value’ associate of fellow Saudi Arabian Osama bin Laden, was captured by America’s CIA from a safe house in Pakistan in 2002. (Pakistan’s ISI got $10 million for services rendered). Badly wounded, Zubaydah was put on painkillers. CIA strategists manipulated the medication until the man was hallucinated into believing that he was in Saudi Arabian custody. Feeling relieved, he gave the “doctors” a telephone number and asked them to call a member of the Saudi royal family to ask for further instructions. He also revealed that the royals had agreed in late 1990s to support bin Laden in return for assurances that the kingdom would be excluded from his jihad. The CIA got to work. Three Saudi leaders and a Pakistani army officer, Zubaydah had named, died one after another in accidents. All secrets were safe.

Details like these, described in the 2003 book Why America Slept: The failure to prevent 9/11 by Gerald Posner, are alarming enough. They get scary when read alongside reports that, after President George Bush proclaimed a no-fly order covering America’s entire airspace following the 9/11 attack, a solitary aircraft rose from the Washington area and flew out of American space, safely, unchallenged. It was a Saudi Arabian passenger plane. Few knowledgeable people today doubt that Saudi Arabia was behind the 9/11 terror strike that shook the world. Of the 19 terrorists in the four hijacked planes, 15 were Saudi citizens.

It was from this Saudi Arabia that the new President of the United States appealed to Muslim nations last week to ensure that “terrorists find no sanctuary in their soil.” He told what was called the Arab Islamic American Summit (35 Sunni countries friendly with the Saudis) that it was necessary to “honestly confront the crisis of Islamist extremism.”

READ ALSO  Be it currency shift, Aadhaar, GST, there is a mad rush; People feel cornered, vexed. Why this mad rush?

As it happens, Islamist extremism is also a wholly Saudi Arabian contribution. Warring tribal chieftains who established the Saudi dynasty used Wahabism, a violently orthodox reconstruction of Islam, as a ruse to build up their hegemony in the Arabian peninsula. In recent years, they have been using it to spread Saudi-Wahabi influence in countries with large Muslim populations. The flow of Saudi money and Saudi evangelists has been radicalising local Islamic communities in many countries including India.

An unplanned offshoot of Saudi Arabia’s undeclared religious war is the rise of the IS, (the Islamic State of Iraq and Syria, a caliphate that is out to capture the world by force). The ground was prepared for them, first, by the Bush profiteers who created a war to milk Iraq’s oil resources and, then, by Saudi Arabia’s putsch to establish Sunni dominance over Iraq’s Shias and Syria’s ruling Alawi sect. An entire generation in the region has been brutalised by Saudi machinations.

From Wahabism’s rise in the 18th century and the founding of the Saudi Kingdom in 1932 to the rise of IS in 1999, Saudi Arabia has been the principal incubator of the terrorism that gentlemen like Donald Trump now condemn. But they dare not point a finger at Saudi Arabia. For a moment Trump sounded like he was finally calling a spade a spade when he told the aforementioned Summit: “No discussion on stamping out terrorism would be complete without mentioning the government that gives terrorists all three [essentials] — safe harbour, financial backing, and social standing for recruitment.”

A perfect profile of Saudi Arabia, but Trump hastened to say: “I am speaking, of course, of Iran.” What relief! Ironically, Trump and his Saudi hosts attacked Iran just when the only democratic election in the region saw the re-election in Iran of a modernist-moderate, Hassan Rouhani, over a hardline cleric.

But Trump’s rhetoric is fully understandable. He is a deal-maker with his mind focussed on money. Saudi Arabia agreed to buy US weapons worth $100 billion. It agreed to invest $350 billion in America. It agreed also to give $100 million to a woman’s business fund promoted by Lady Trump. That’s real money. For Trump the embrace of Saudi Arabia is the embrace of money. America First as he proclaims.

What about us? Our joint projects with Iran — the Chabahar Port, gas pipelines — are of great value not only economically but also strategically, considering China’s parallel activities with Pakistan. Smart nations find ways to pursue their bilateral interests without letting third parties come in the way. We let the ‘America First’ approach come in the way of what should be an ‘India First’ stance with Iran.

Point of View T.J.S. George
MP holds meeting on Railway bridges to come up in city
BEML employees take out rally against privatisation

ONE COMMENT ON THIS POST To “When Trump calls for a war against Islamic terrorism and praises its historical promoter, it is hypocrisy”