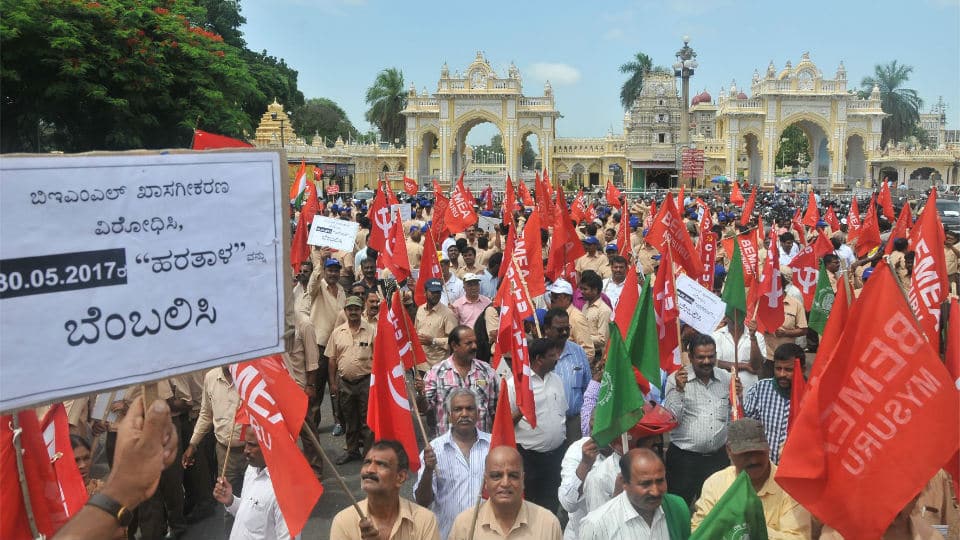 Mysuru: Strongly opposing the Central Government’s proposed decision to privatise Bharath Earth Movers Limited (BEML) over 1,000 BEML employees took out a rally in city this morning. The Union Government recently approved the disinvestment move to reduce its shareholding from 54.03% by 26% in BEML, effectively reducing its stake in the Public Sector Unit to 28.03%. The BEML Employees’ Association has called the move a step towards the privatisation of the unit.

Today’s rally began at Kote Anjaneyaswamy Temple and passed through Clock Tower, Gandhi Statue, Vinoba Road, D. Devaraja Urs Road, JLB Road and reached the Deputy Commissioner’s office where they were scheduled to submit a memorandum to the DC. 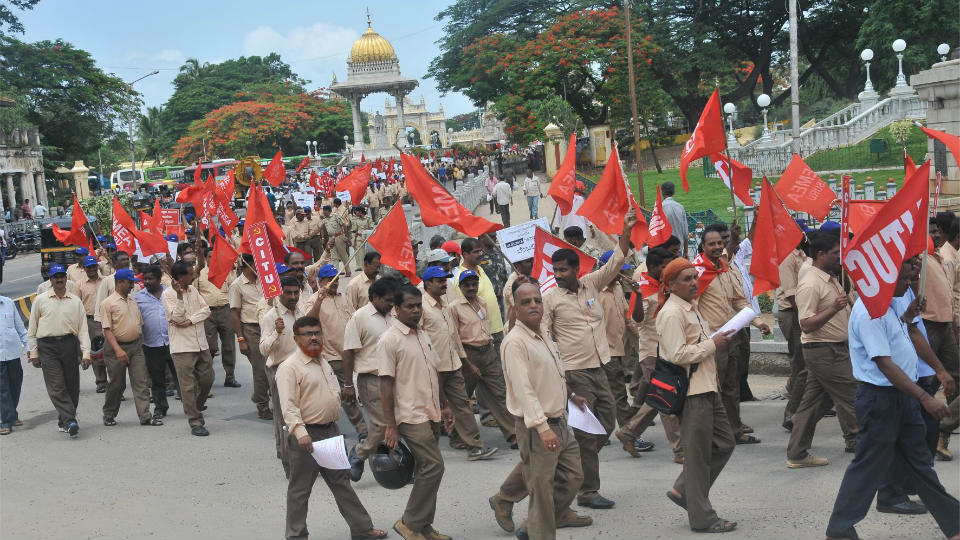 beml
When Trump calls for a war against Islamic terrorism and praises its historical promoter, it is hypocrisy
Sode and Subramanya Mutts bury 250-year-old feud