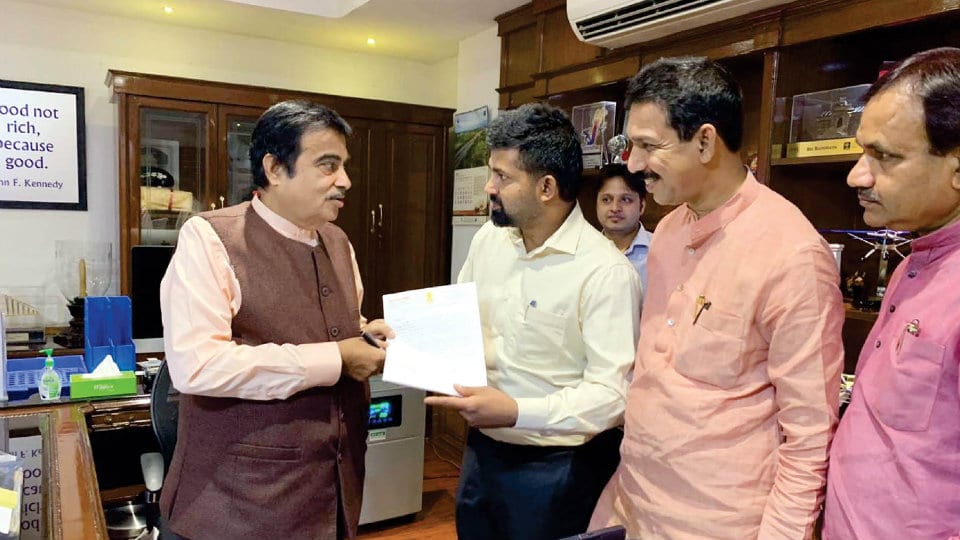 Meeting Union Minister Road Transport and Highways and Shipping, Ministry of Micro, Small and Medium Enterprises Nitin Gadkari along with Dakshina Kannada MP Nalin Kumar Kateel in New Delhi yesterday, Simha told Gadkari that the NH 275 works have been taken up by National Highways Authority of India (NHAI), wherein the alignment has been finalised and submitted to NHAI.

The MP said that the land acquisition process is already on and a Special Land Acquisition Office has been set up at Chamarajapuram in Mysuru. The 115 km-long Expressway costs Rs.6,000 crore and is a fully Centrally-funded Project including land acquisition.

The MP requested Gadkari to instruct the NHAI authorities to list this project in High Priority-I list in order to avoid decongestion of traffic in Mysuru city and tourist place Madikeri and also to ensure the road safety of public.