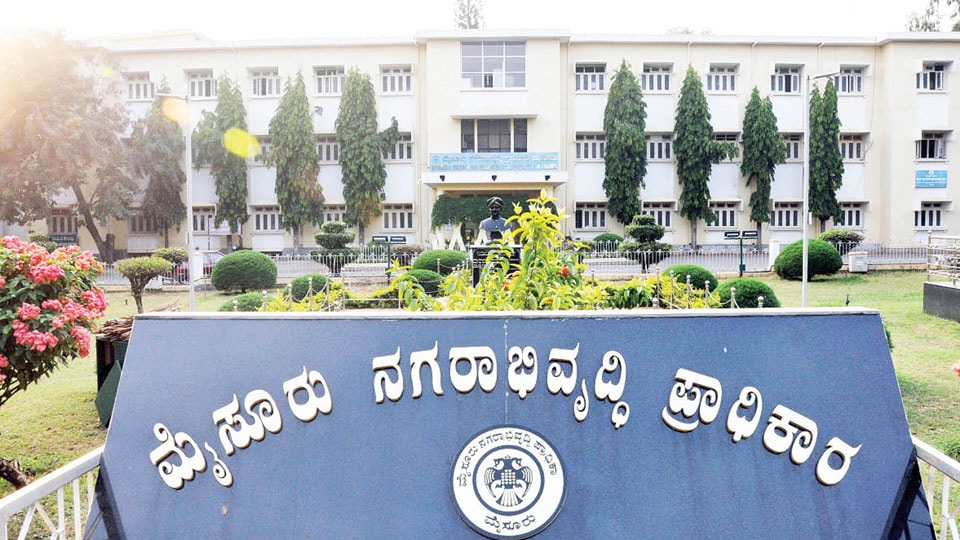 Rajeev made the appeal at MUDA’s progress review meeting which was chaired by the Minister here on Friday.

Welcoming the Government’s approval for MUDA’s Rs. 370 crore housing project, Rajeev sought Government sanction for MUDA’s ambitious Group Housing project, which is proposed to come up at three places across Mysuru. He also apprised the Minister on the problems that the site allottees of Vasanthnagar, Lalitadripura South, Lal Bahadur Shastri Nagar and Sardar Vallabhai Patel Nagar, which were formed over 10 years ago, were facing due to non-issuance of Title Deeds, which proposal has been lying before the Government for some time.

Rajeev also told the Minister that bits of land at various places belonging to MUDA were being encroached upon by people in the neighbourhood and there was an urgent need for lifting the State-wide restrictions on disposal of bits of land.

Byrathi Basavaraj assured the MUDA Chairman that he would take up the issue with the Chief Minister and seek all Government clearances.