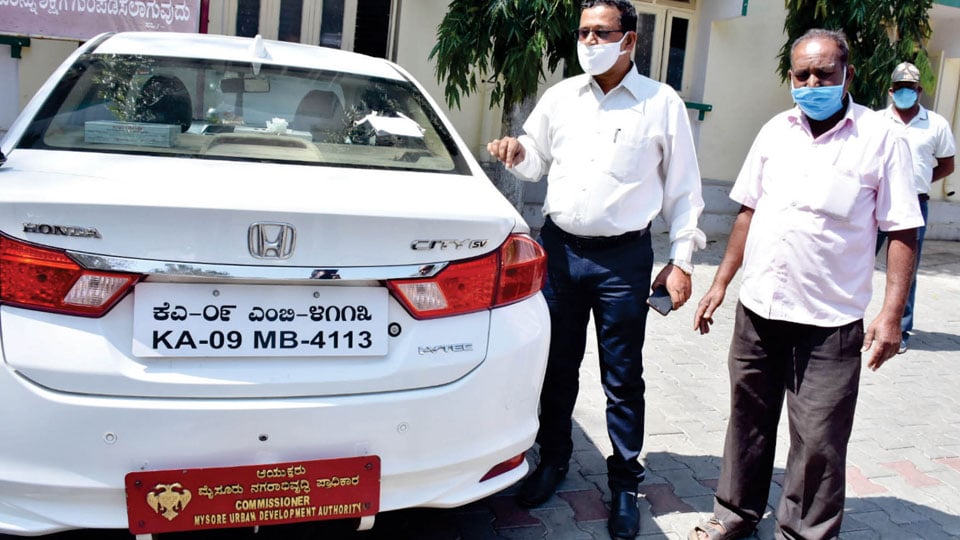 MUDA Commissioner’s car attached over delay in relief to farmer

Mysore/Mysuru: The official car of Mysuru Urban Development Authority (MUDA) Commissioner was attached by the Court Ameen Manjunath and other staff for non-payment of compensation to a farmer whose land was acquired in 1997.

In 1997, MUDA had acquired 1.5 acre land in Yandalli village belonged to Chinnaswamy and had fixed Rs.10.61 lakh as compensation. However, the farmer had moved Court seeking higher relief. After much deliberation, the Court directed MUDA to pay Rs.35.5 lakh to Chinnaswamy compensation. But, the MUDA failed to pay relief forcing the farmer to move Court.  The Court sent Ameen Manjunath to seek disbursement of compensation failing which to attach movable assets.