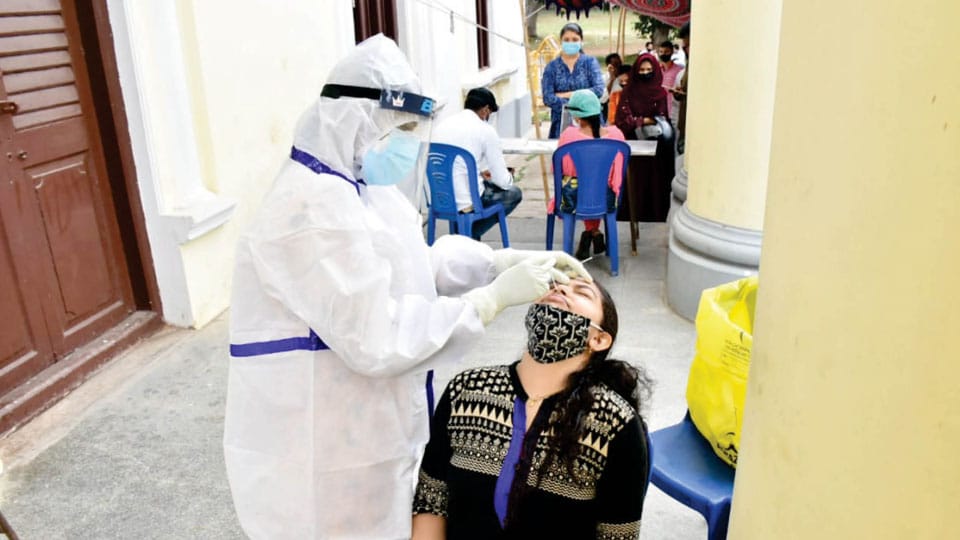 Mysore/Mysuru: While Corona positive cases are on the decline, Influenza Like Illness (ILI) and Severe Acute Respiratory Infection (SARI) cases were looking northwards in Mysuru district.

When contacted, a senior officer of Health Department said  that data operators had reportedly stopped or under-reported ILI and SARI cases of district due to negligence. This had happened not only in Mysuru district but also in other districts.

Taking strong note of missing ILI and SARI details in daily report, the top brass of Health and Family Welfare Department pulled up the officers of all districts during a video-conferencing last week and instructed them to update whatever ILI or SARI cases are reported daily. Accordingly, data operators have been asked to compulsorily mention about ILI and SARI cases without fail.

The officer noted that the situation was not alarming. Hitherto, they were not reporting cases with mild fever and cough. Now, hospital authorities have been strictly told to mention those cases under ILI.

Similarly,  mild chest infection cases were earlier not reported. But now it was recorded under SARI cases. The spike in ILI and SARI cases was quite common during winter season but now they have assumed importance after COVID-19 outbreak.

The State Government was insisting on reporting those cases too as it does not want to take anything lightly, thanks to strict vigilance by Union Health and Family Welfare Ministry. “I am optimistic of ILI and SARI cases coming down once the summer season begins,” he added.