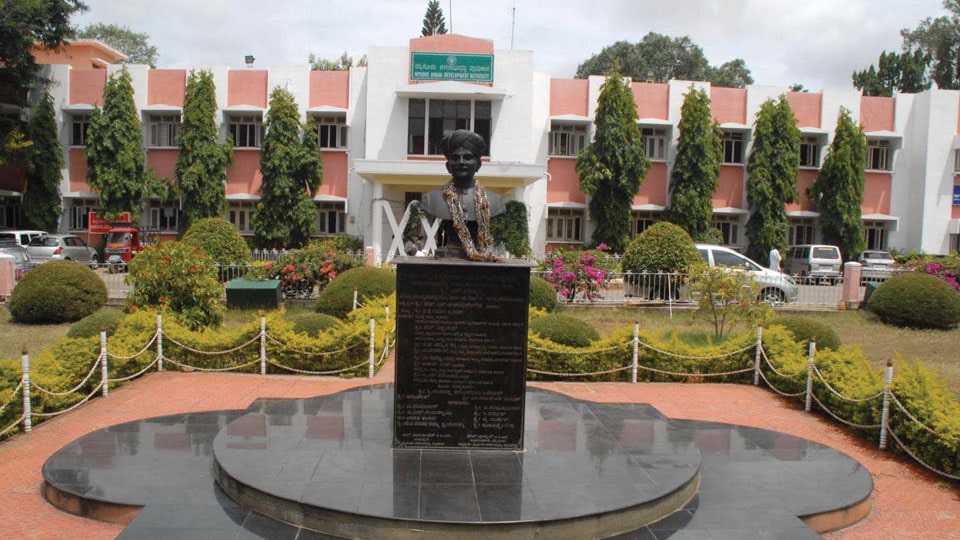 Mysore/Mysuru: The periodic meeting of the Mysuru Urban Development Authority (MUDA) that was not held for the last nine months due to various reasons including the Council elections was held at MUDA Office yesterday and over 400 topics were taken up.

The meeting was held under the Chairmanship of MUDA Chairman H.V. Rajeev and issues like land use, alternative sites, individual site sanction and plan sanction for private layouts were approved without even a discussion. Chief among the decisions taken were to offer 50 percent tax rebate to Ex-Servicemen on both site purchase and house construction. The approval came after MLC C.N. Manjegowda insisting that MUDA must provide at least this facility to those who served the nation. Notably, Manjegowda himself is an Ex-Serviceman.

The approval was given after MUDA Commissioner G.T. Dinesh Kumar confirmed that there is a provision in the Karnataka Municipal Act to give 50 percent tax concession to the properties of Ex-Servicemen.

Single layouts that have been developed in 20 gunta land will be approved by the Commissioner instead of developers awaiting a MUDA meeting to approve them. The Commissioner has been given the authority to approve such layouts.

The meeting also approved the release of Rs. 12 crore to the Mysuru City Corporation (MCC) for the maintenance of streetlights on the Ring Road. The road, at present, is pitch dark and dangerous to commute after 6 pm. The fund grant was brokered a few months ago where the MUDA agreed to pay the money to the MCC.

Following complaints that many site owners do not clean their vacant sites obtained from MUDA, the meeting decided to clean such sites twice a year after levying a fee from the land owners.