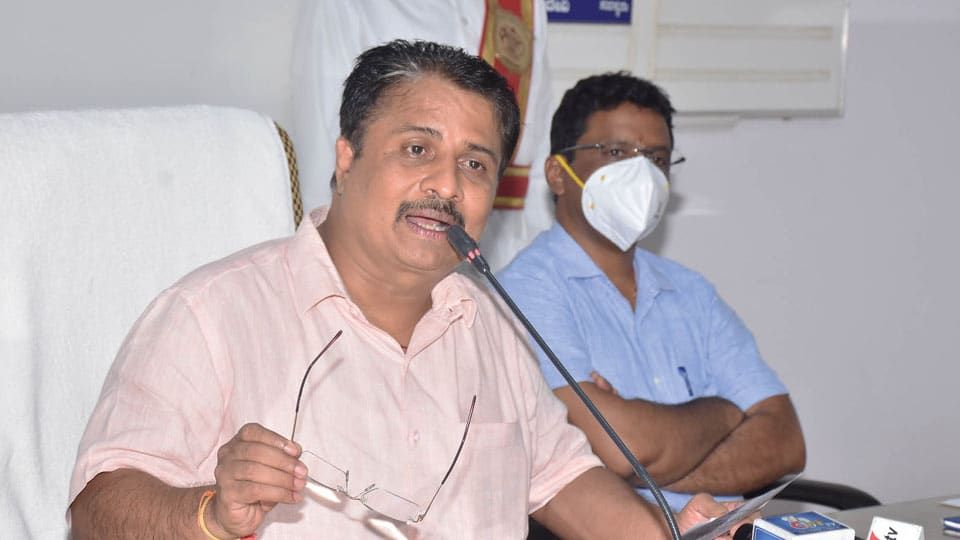 MUDA to pay compensation for land acquisition in one instalment

Mysore/Mysuru: In a major step towards ending disputes and delays regarding payment of compensation for lands acquired for formation of residential layouts, Mysuru Urban Development Authority (MUDA) has decided to pay compensation along with interest in full in a single instalment.

Announcing this at a press meet here yesterday, MUDA Chairman H.V. Rajeev said that MUDA Council Meeting held on Monday also decided to pay compensation along with interest in one instalment even in cases where the Courts have ordered more compensation. Maintaining that this move will help MUDA to save money on Interest to be paid to land-loser farmers, Rajeev said the money thus saved can be used for other purposes.

Highlighting MUDA’s future plans, Rajeev said that it has been decided to include 117 villages in the outskirts of the city and 33 villages coming under Yelwal, Jayapura and Varuna hoblis and in Srirangapatna and Nanjangud taluks for MUDA’s local development project. It has also been decided to increase the FAR (Floor Area Ratio) for houses to be built by Rajiv Gandhi Housing Corporation.

Pointing out that MUDA has planned acquisition of more lands for formation of layouts, where sites will be allotted for the deserving and the needy who have been waiting for decades for having a shelter of their own, he said that measures will be taken for expediting Ballahalli Layout project.

Asking property buyers to be very careful in respect of documents, the MUDA Chairman said that people have to get the documents verified by the concerned officials before making any transactions. He further said that all MUDA Zonal Officers and the Special Tahsildar have been directed to thoroughly scrutinise the documents submitted to them for authenticity.

Janaspandana: Continuing, he said that it has been decided to resume ‘Janaspandana’ monthly public contact programme and to digitalise all documents pertaining to sites as part of File Tracking System.

Noting that MUDA had earlier announced construction of 80-km of peripheral Ring Road, he said now the DPR for the project will be prepared and submitted to the Government for approval.

He further said that Aadhaar and Pan cards of site applicants will be linked for avoiding duplication of site allotment and to prevent other malpractices.