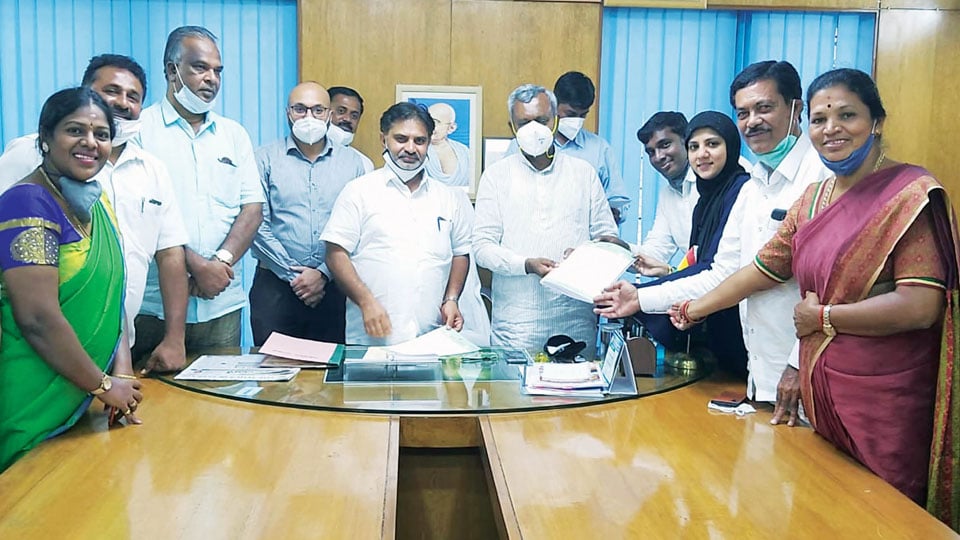 Mysore/Mysuru: If everything goes as per plans, Mysuru city will soon sport energy-efficient LED bulb streetlights. Apart from being economical, the LED streetlight project will save the cash-strapped Mysuru City Corporation (MCC) Rs. 58 crore annually.

The State Cabinet yesterday approved the LED streetlight project and released Rs. 109.91 crore where the existing incandescent bulbs will be replaced with LED bulbs. Former Mayor and current Corporator Ayub Khan and many other Corporators have been fighting for the project since the last three years as it saves the much-needed resources for the MCC. Their efforts have finally borne fruits.

LED (Light Emitting Diode) bulbs have long lives as they don’t have filaments that can quickly burn out — and they don’t contain toxic chemicals like mercury, unlike traditional high-pressure sodium lamps or mercury-vapour lamps. These lights also have reduced maintenance costs when compared to incandescent bulbs because of their long lives, and they give off less heat than other bulbs.

LEDs are highly energy efficient. While Compact Fluorescent Lamps (CFLs) recently have been touted as the standard in green lighting, LEDs actually have double their energy efficiency. Following repeated requisitions from the MCC and realising the need of  safe and energy-efficient lighting, the Cabinet has approved the project.

In fact, Mysuru will be a pilot city for the project and the same model will be replicated in other cities. According to initial estimates, the LED streetlight project will save a whopping Rs. 58 crore per year to the MCC and the civic body can divert the funds for other public utility projects.

The delegation sought certain exemptions in the tenders of    LED streetlight project and also appealed to the Minister to waive off the interest on water tax.

Ayub Khan told Star of Mysore that if the Government waives off the interest on water tax, consumers can pay the actual bill and clear all backlog payments.

The MCC delegation also sought a grant of Rs. 110 crore to set right and develop underground drainage network of the city. Another immediate grant of Rs. 25 crore has been sought from the Government to develop infrastructure and other facilities for Dasara 2020. The delegation also requested the Government to sanction vehicle facilities for Standing Committee Chairmen.