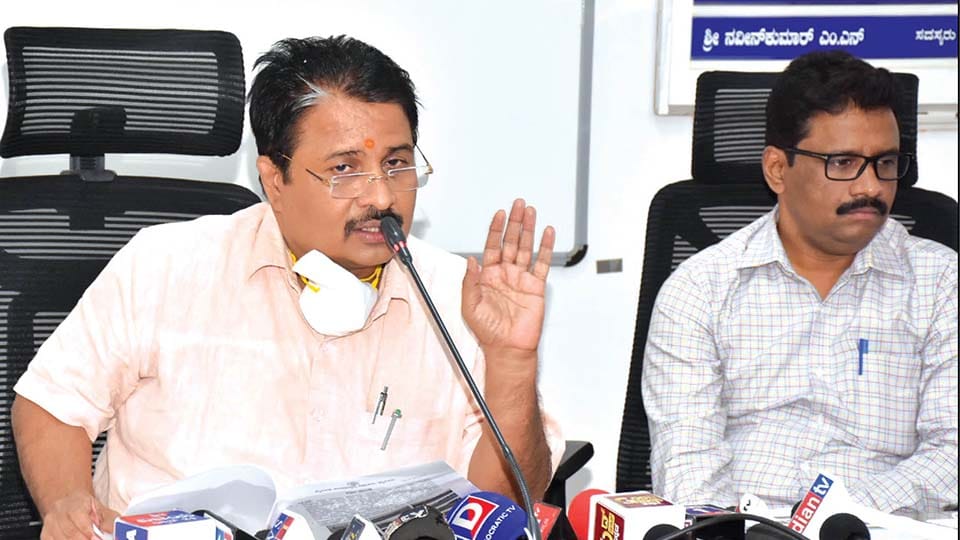 MUDA works out a permanent solution

Mysore/Mysuru: Chairman of Mysuru Urban Development Authority (MUDA) H.V. Rajeev has directed his officers and staff not to demolish any religious structure till a final decision is taken by the State Government in this regard.

The Mysuru District Administration has identified 93 structures that are on public places and those will be demolished as per the Supreme Court and High Court guidelines. These structures come under the limits of Mysuru City Corporation (MCC) and MUDA.

“The Supreme Court has clearly said that before a structure built in a public place is demolished, the local authorities must ascertain if the area can be regularised. Also, an option of relocation too must be explored. They have to be demolished only as a last resort and only if it is inevitable. I have asked my officers not to demolish any structure before the Government decides on the issue. They must bring it to my notice first before taking any action,” Rajeev said.

Speaking to reporters, Rajeev said that attempts will be made to regularise all the 93 structures and special consideration will be made. “Whichever religious structure that comes under MUDA limits will be carefully analysed and the local residents will be taken into confidence,” he added.

To convert a CA site to house a religious structure, a particular sum has to be paid to the Government. In case the amount cannot be paid, individual proposals will be sent to the Government to permit the payment of 25 percent of the fee fixed by MUDA.

“This way, the tricky issue will be resolved and also we will try our best to save all religious structures. Henceforth, we will be vigilant so that new prayer structures do not come up on MUDA lands,” Rajeev added.

Meanwhile, Krishnaraja MLA S.A. Ramdas has urged the State Government to regularise all religious structures that have been classified as illegal by the Mysuru District Administration. The sudden move to demolish Temples that are ancient and have a special place in the heart of the people has shocked many, the MLA said.

Many States have followed their own way of regularising such structures and Karnataka too must take steps to legalise the structures many of which existed before the Municipal and Corporation Laws came into existence, he said.