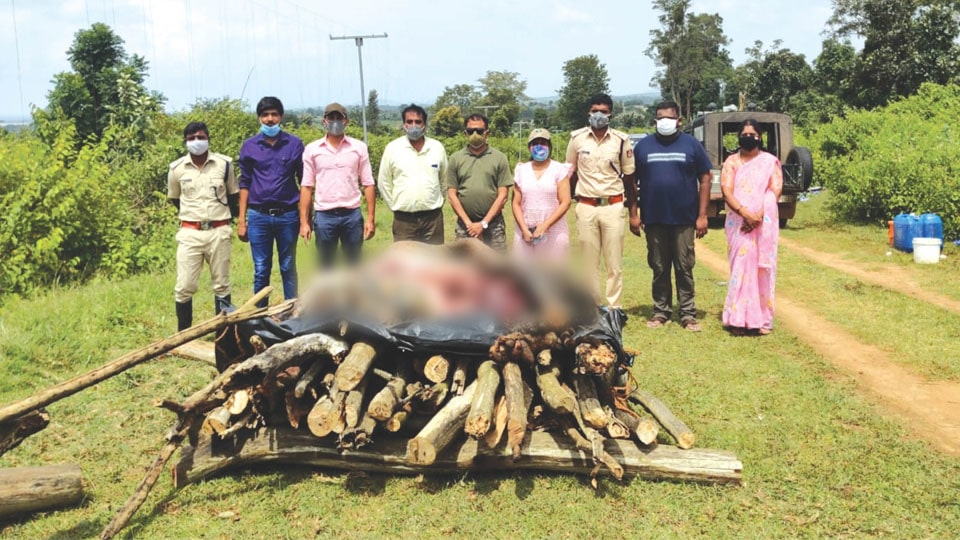 Bandipur: A carcass of a tiger, which was already injured in a porcupine attack and died after getting caught in a poacher’s snare, has taken place at Gundre Range in Bandipur Tiger Reserve.

The Forest staff, who were on their regular beat, found the decomposed carcass of the tiger, aged between 5 and 6 years among the bushes near the elephant trench at Gundre Range of Hediyala Sub-Division.

The staff, who came to know that the tiger had died after getting caught in a snare, informed their higher officials.

On inspecting the carcass, the staff came to know that the tiger had died about 3 to 4 days back and also found sharp quills (thorns) of porcupine lodged in the front leg of the tiger and other parts of the body. It is learnt that the tiger, unable to hunt large animals due to injuries, had come in search of smaller prey near the elephant trench and got caught in the trench. Unable to free itself, the tiger is said to have struggled before it died.

Gundre Range Forest Officers, who have registered a case, summoned sniffer dog Rana and pressed it into service.