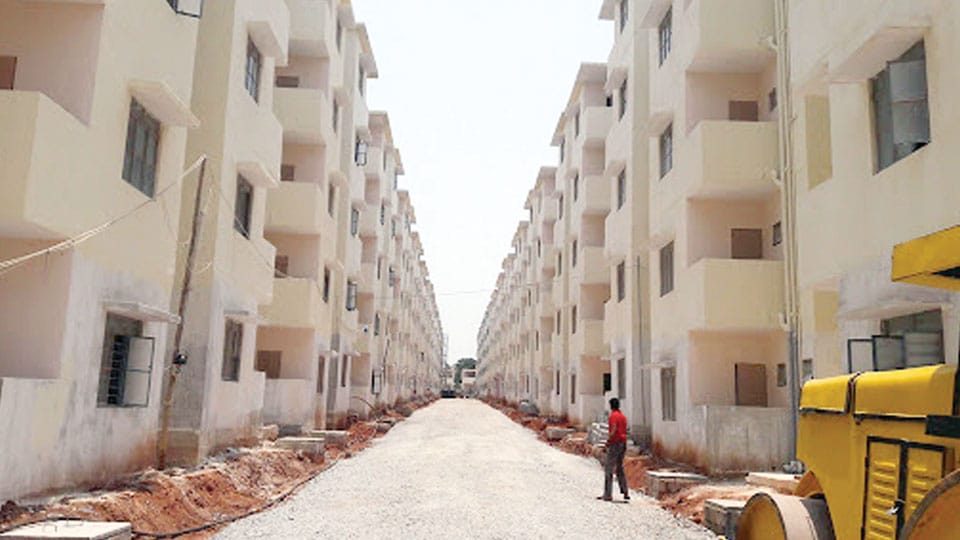 Mysore/Mysuru: The Mysuru Urban Development Authority‘s (MUDA) plans to execute a Group Housing Project on the grounds surrounding the Mysore One Office located near Doctor’s Corner in Gokulam Third Stage, has been opposed by former Gokulam Corporator Venkatachala and V. Madhu, a Director of The City Co-operative Bank.

In a joint press release, Venkatachala and Madhu said that Gokulam extension was developed by MUDA in three stages over the past five decades. Noting that the grounds at the Mysore One Office is the only playground in the locality, they said that this ground is used by hundreds of children and youths for playing games and engaging in other forms of entertainment.

Pointing out that the people of the locality have an emotional bonding with the ground, they said that the Group Housing Project will deprive a large number of people of their play and recreation time.

Also, the residents have strongly opposed the move. As such, MUDA Chairman H.V. Rajeev and Commissioner Dr. D.B. Natesh should seek public opinion before going through the project, they urged. They also warned of agitation if MUDA went ahead with the project in a unilateral manner, ignoring the sentiments of the local residents, who want the space to be left only as a playground.