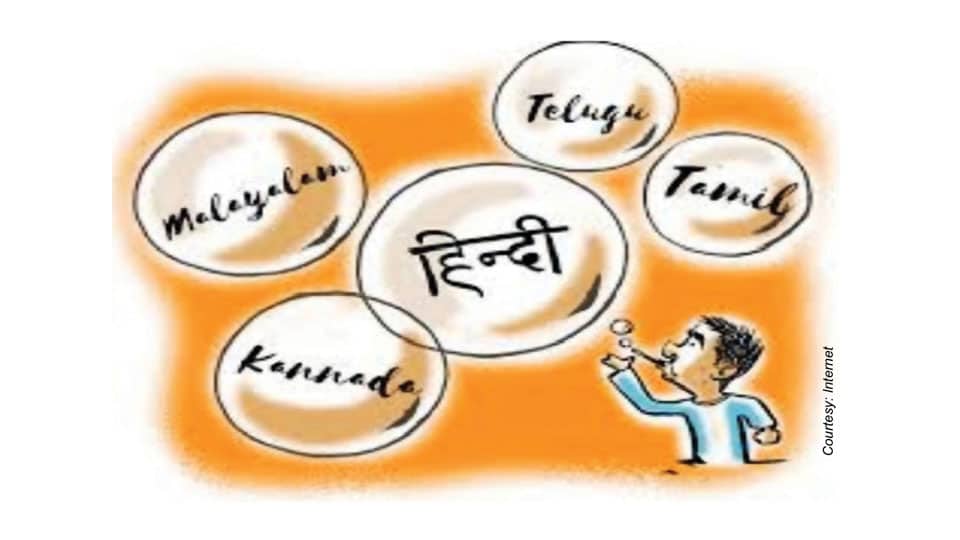 While English language is a legacy that the land’s literati owe to the British rule for several decades and Hindi is the tongue of about one-third of the country’s people, all the languages spoken by its masses reportedly number 1,562, making India unsurpassed by any country across the world for its multilingual diaspora. Classical language status has been conferred on six languages namely, Kannada (2008), Tamil (2004), Telugu (2008), Malayalam (2013), Odiya (2014) and Sanskrit (2005), based on their antiquity, although the order of dates shown in brackets wrongly places Sanskrit in second place. If the terms figuring in virtually all these languages and the variation in their spoken style, both of which are known to be diverse even in their respective exclusive regions, such as Karnataka, the number of tongues spoken by the masses, particularly for verbal communication, far exceeds the number listed by the Mysuru-based Central Institute of Indian Languages (CIIL). The stock of literature in the country’s languages, including those without script, such as Tulu, Konkani and Kodava is a rich source of its cultural history of more than 20 centuries.

Scholars are of the view that all the languages of India’s Southern States as well as Odiya and Burmese have drawn heavily from Brahmi script for creating the literature in their respective languages. India’s urbanities, thanks to intermingling of people of many regions, are known to be freely using at least three languages while interacting among them. Finding residents of cities with familiarity of five languages, including English, is no big deal.

Rustics are known to speak in languages specific to their restricted territories by virtue of the necessity to be engaged in the task of raising food crops. Urban population, polyglots as they are, abounds in people knowing and also using several languages, Bengaluru hosting them in large numbers, making staunch Kannadigas red-faced. The King of erstwhile State of Travancore Padmanabhadasa Sree Swathi Thirunal Rama Verma (1813-1846), known for his musical compositions, was a perfect master of Sanskrit, English, Persian, Hindustani, Marathi, Telugu, Kannada, Tamil and Malayalam. Another outstanding personality who was conversant in 12 languages as a polyglot was P.V. Narasimha Rao (1921-2004), former Prime Minister of India.

Protagonists of the stand taken against languages other than their lingo seem to be blind to the multiple advantages of knowing many languages and the delight of speaking to strangers in their tongue. A broad smile is said to lead to instant bond between persons who meet for the first time, language possesses the same power and cements the bond that endures. Driven by the thought of “Let entire world be happy in life” (Loka Samastha Sukhino Bhavanthu), the land’s people shall sustain happiness by learning many languages. Love for one’s language need not lead to disfavour for other languages.