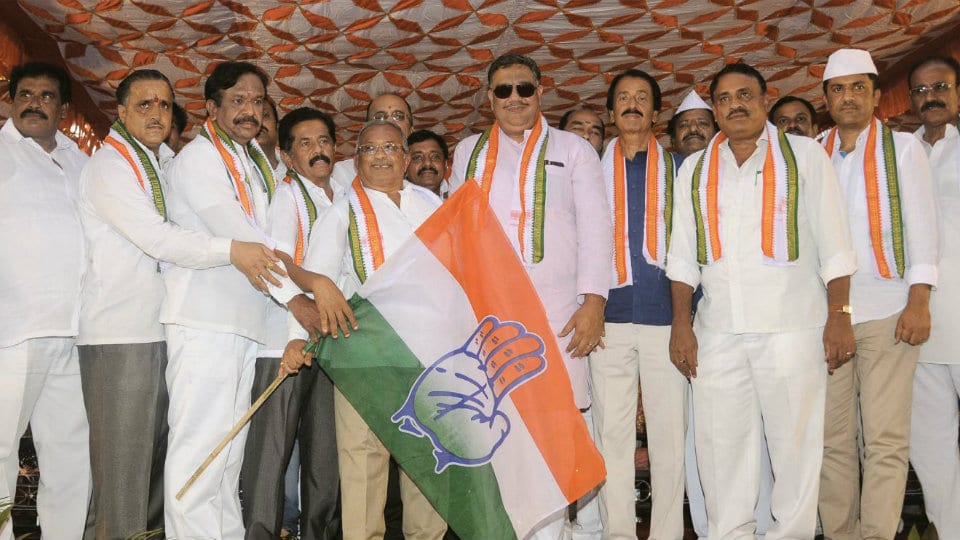 Murthy by receiving the Congress party flag from Immediate Past President T.S. Ravishankar was officially inducted as the new President.

Inaugurating the function Minster for Primary and Secondary Education Tanveer Sait said that Murthy with 20 year of experience in Congress would definitely lead the party activists and leaders. He further said that former Prime Minister Late Indira Gandhi had laid the foundation stone at the site near Railway Station ( Function Venue) on October 15, 1972 for the Congress Bhavan which would be constructed in her name soon. 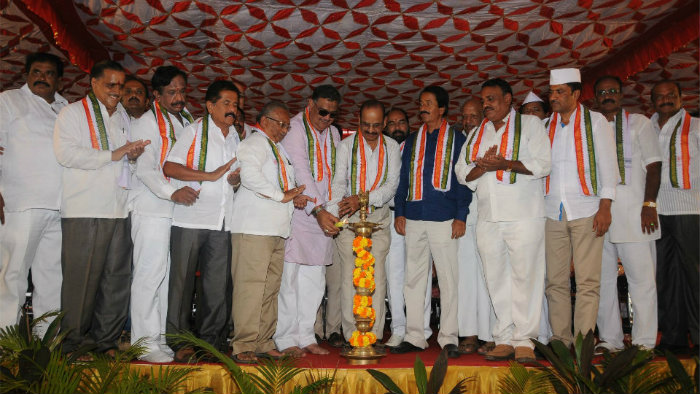 Murthy and  Ravishankar were felicitated on the occasion.