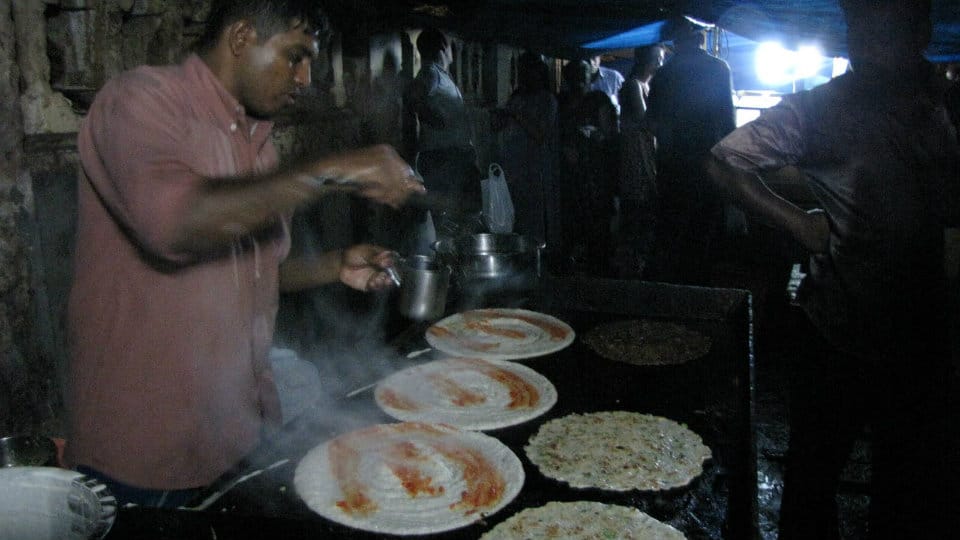 Krishna Vilas Road has been declared as non-hawking zone and as a result all road-side eateries were evicted from the street some time back. Now many eateries have mushroomed around Khadri Shamanna Circle in the area. Some shops, besides occupying the footpath, keep their wares on the road, causing inconvenience to the pedestrians.

The area is mostly residential, with several educational institutions too. The situation becomes very risky during the evening hours more so during weekends. Earlier also it was brought to the notice of the officials concerned but of no avail.

The Traffic Police are busy catching helmet-less drivers rather than clearing these encroachments. Hope at least now the officials will act and clear the encroachment for the benefit of the tax-paying citizens.