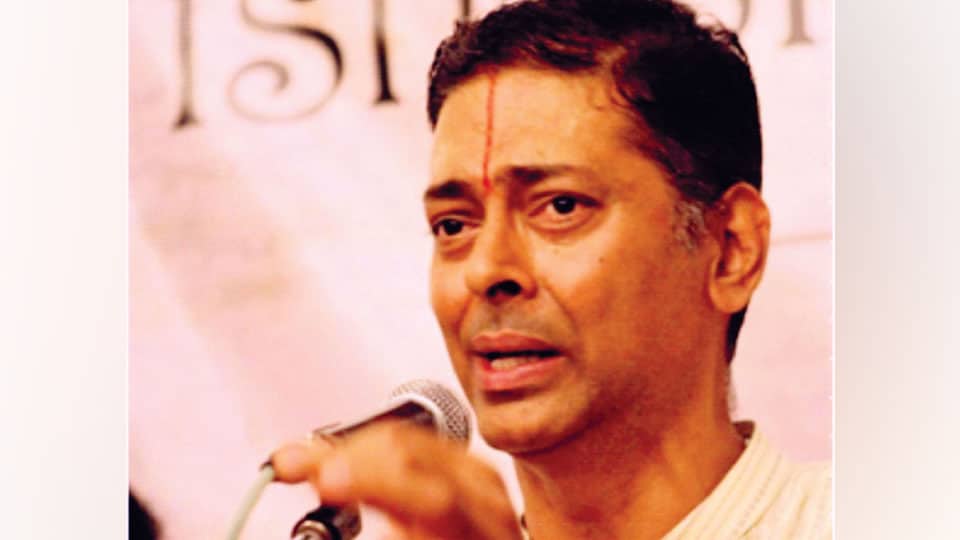 Srikrishna Gana Sabha has organised a traditional vocal music concert by Vid. N.R. Prashanth  on Dec.15 at Alwar Kalabhavan in Gokulam at 6 pm.

He will be accompanied by Vid. H.K. Narasimha Murthy on violin, Vid. G.S. Ramanujam on mridanga and Vid. Sriram Bhat on khanjira.

Profile: Vid. N.R. Prashanth is known for his innovative and explorative approach to creation and expression in music. He has developed  a unique style adhering to the traditions of the great art form. Raga purity, discrete and measured use of gamakas, imaginative skills and control over laya are the hallmark of his music.

Prashanth began his tutelage under Vid. R.K. Padmanabha.For a short period, he was under the guidance of Vid. Titte Sri Krishna Iyengar, who was the Asthana Vidwan at Mysore Palace.

Prashanth started learning from the very popular performer and guru Vidu. Neela Ramgopal who instilled in him a variety of compositions in Sanskrit, Telugu, Kannada and Tamil. Prashanth is currently learning from Prof. R. Visweswaran.

An Engineering Graduate in Instrumentation Technology from the University of Mysore, his flair and devotion to the art has brought out the musician in him. He has performed at prestigious concert platforms in the United Kingdom, Malaysia, Singapore and Australia  among others.

Prashanth moved to Singapore in 2001 and joined as a senior faculty of Karnatak Music at The Singapore Indian Fine Arts Society (SIFAS), Singapore. He was later promoted as Principal Tutor and then as Academy Registrar and served till 2016 before returning to India.