Home » News » Music to ears: Band House to regain its past glory 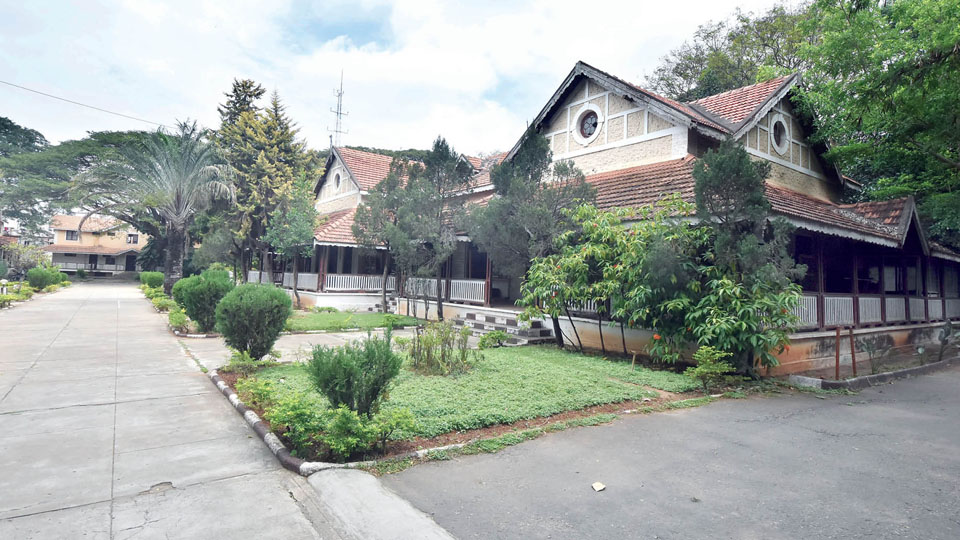 Music to ears: Band House to regain its past glory

Mysore/Mysuru: The Band House that once housed the Mysore Police Band will be brought back to its past glory and restored to its original place — Old Mysore City Police Commissioner’s Office at Nazarbad.

At present, the Band House is located at Mounted Police Company on Lalitha Mahal Road. Not only this, the Band House will be renovated with an estimated cost of Rs. 64 lakh.

The Band House building is about 102-years-old and has an open balcony and gable-tiled roof. Earlier, the Office of City Police Commissioner functioned from there. Now it has been shifted to the new office adjacent to the old Office.

The foundation stone for the renovation works was laid yesterday along with the associated rituals. The renovation will be carried out by the Department of Archaeology, Museums and Heritage and an agreement has been signed in this regard.

Though the present Mysore Police Band traces its origin to 1868, it was during Nalwadi Krishnaraja Wadiyar’s period, the Band House was constructed on the road leading to Vasanth Mahal Palace in Nazarbad, now housing the District Institute of Education and Training (DIET). The road was later named after Dewan Sir Mirza Ismail.

The Band House had separate enclosures such as the instruments’ room, music library and an exclusive concert hall, apart from other rooms that were part of this magnificent structure.

In 1952, when Kengal Hanumanthaiah became the Chief Minister, he brought the Palace Bands under the Police Department. A special wing of the Mysore City Police was formed and trained to play melodious instrumental music to enthral connoisseurs and common man. In 1958, the Band House was shifted to the City Police Commissioner’s Office at Nazarbad. In 1997, a need arose for more space in the Commissioner’s Office and the Band House was shifted to Mounted Police Company on Lalitha Mahal Road. Now after renovation, the Police Band will be back in its original place along with a museum of rare musical instruments.

3 COMMENTS ON THIS POST To “Music to ears: Band House to regain its past glory”