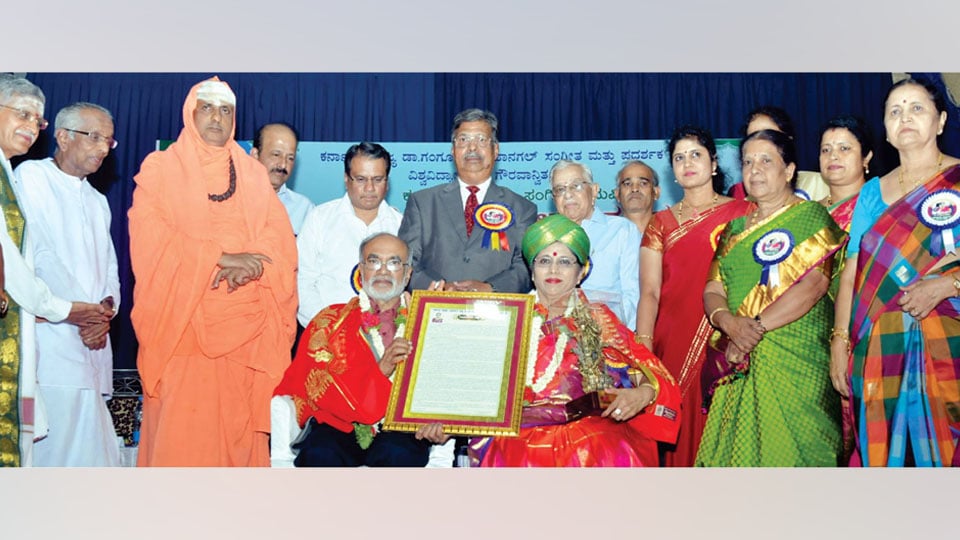 He opined that Universities should focus on more innovative research instead of just churning out degree-holders.

Seeking good infrastructure for Universities to perform better, he opined that local talents should be given priority in appointments at Universities but asserted that quality and competence were also equally important.

Releasing the felicitation volume ‘Ganayana,’ Folk Scholar Dr. G.R. Channabasappa said that an infant’s cry is also a sort of music which commences right from birth followed by lullabies of the mother.