Home » Columns » Abracadabra By K. B. Ganapathy » Musings on Annual Report of an Education Fund 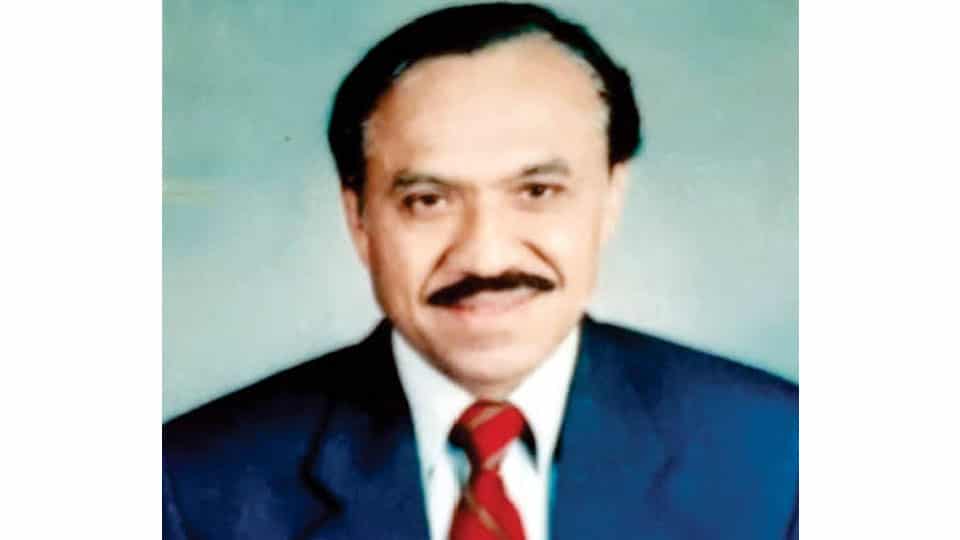 Musings on Annual Report of an Education Fund

A couple of days back I received the Annual Report of the Coorg Education Fund, Madikeri, Kodagu, like in the past few years. Though I hardly go through it, it is a reminder that I am a Life Member of this Fund.  I don’t even remember when and how I became a Life Member. Let it be.

However, my first connect with this Fund was probably in 1957-58 when I was a student in Madikeri First Grade College, as it was known then. For some reason, may be connected with sports, I was to have a blue-blazer but I did not have the courage to ask my father. A classmate told me that I could approach, with an application, the Coorg Education Fund, the Office of which was in Madikeri itself. Looking back, I guess the  procedure to get the money, a sort of loan, was rather simple. And I got the required Rs. 150 and the blazer which I wore with a sense of pride — walking around like a cockerel! Of course, I forgot about the loan and in time the blazer too.

Many years passed. I was in Mumbai as a journalist and I received a letter from my father saying the Coorg Education Fund had sent me (or him) a notice claiming refund of the amount. Mercifully, he also mentioned that he had settled that account in full. After all, it was a question of his prestige in the society. He did not, however, forget to write that I had taken that money without his knowledge.

Time passed, nearly 20 years. I returned to Mysuru, the border district of Coorg, as the Publisher and Editor of this newspaper and the sister publication Mysuru Mithra. Simultaneously, I was also writing books in English and Kannada as a pastime. One book was about Coorg and the efforts of Protestant Christians to convert the local Kodavas — a historical fiction titled ‘The Cross and the Coorgs.’

Surprisingly, the Fund decided to honour me for my effort at its Annual Meeting. Aware that I owe no money to the Fund borrowed while a student, I agreed to attend. I don’t know if I donated any a money but surely I must have become a Life Member. Otherwise how would I get the invite for the Annual Meeting.

Another person who was the President of the Fund for the longest period so far was Chendanda P. Appanna (Appi), a big planter whom I had seen and spoken to. He was the President from 1974 to 1997, 23 years. May be, K.P. Uthappa will in the next three years beat the record of Appanna. And we can look forward for a treasury flush with a few more crores.

As I remember, some members of the community had made a request to the Coorg Education Fund to establish a Medical College in Kodagu with its corpus fund of a few crores  as the initial capital etc. But the idea was not accepted by the then President. I guess, in retrospect, it was a good decision by the President and the Fund is pursuing the objective of its Founders most honestly with passion even after 158 years.

The genesis of this Fund was in the Mercara School Endowment Education Fund started in the year 1863. The British were ruling Kodagu at the time after dislodging the King Chikkaveera Rajendra in 1834.

This Fund was created by 11 noblemen of Kodagu, all Kodavas, at a time when concern for Education was not a priority in the country generally. That Fund was rechristened, I imagine, in the year 1916 as Coorg Education Fund and has been rendering its service to the community since then.

I know K.P. Uthappa since over a decade because of Bharatiya Vidya Bhavan (BVB) which he was heading in Kodagu and I was the Vice-Chairman of BVB Mysuru. I found him to be a good speaker, always touching upon matters spiritual, metaphysical and holy scriptures. No wonder of all the Annual General Body Report I receive, of the few Associations and Organisations I am a member, ONLY the Report of this Fund is different from others. Apart from matters pertaining to the Agenda of the meeting as per the law, the Report has writings relating to ethics, morals and noble acts of service to mankind. Well, if the President is a person of K.P. Uthappa’s thinking about life and service, apparently steeped in spiritual consciousness, I figure, that it is inevitable such writings too must form part of such Annual Reports. And so it is here.

He has given the vision of Coorg Education Fund in the following words:

“The progress of any community in society depends on the education of their children. It is, therefore, our endeavour that all boys and girls should become graduates, doctors, engineers, CAs and excel in other professions.”

“It is such a vision that can serve the society, the community and the country at large.”

It is obvious there is a patriotic, nationalistic fervour in this precept prescribed by the President of the Fund. I think this dose of discourse is needed so that we may not despair despite challenges. Of the moral lessons and some quotable quotes, let me reproduce here one interesting episode connected to Winston Churchill:

The poor Scottish farmer’s name was Fleming. One day, while working in the field, he heard a cry for help coming from a nearby marshy land (bog). He dropped his tools and ran to the marshy land.

There, mired to his waist in black muck, was a terrified boy, screaming and struggling to free himself. Farmer Fleming saved the lad from what could have been slow and terrifying death. The next day, a fancy carriage pulled up to the Scotsman’s sparse surroundings. An elegantly dressed nobleman stepped out and introduced himself as father of the boy farmer Fleming had saved. “I want to repay you,” said the nobleman. “You saved my son’s life.”

“No, I can’t accept payment for what I did,” the Scottish farmer replied waving off the offer. At that moment, the farmer’s own son came to the door of the family hovel. “Is that your son?” the nobleman asked.

“I’ll make you a deal. Let me provide him with the level of education my own son will enjoy. If the lad is anything like his father, he’ll no doubt grow to be a man we both will be proud of.” And that he did.

Farmer Fleming’s son attended the very best schools and in time, graduated from St. Mary’s Hospital Medical School in London, and went on to become known throughout the world as the noted Sir Alexander Fleming, the discoverer of Penicillin.

Years afterward, the same nobleman’s son, who was saved from the marshy land, was stricken with pneumonia.

What saved his life this time?

Who was the nobleman?

Who was his son?

[Both Winston and Alexander were Freemasons]

‘Let noble thoughts come to us from every side,’  a verse from Rigveda, is the motto of Bharatiya Vidya Bhavan (BVB). Indeed, K.P. Uthappa is much influenced by the ideals of BVB.