Home » Columns » Abracadabra By K. B. Ganapathy » Gone Away: To Germany & Austria – 1: Why our cities look disorganised and dirty? 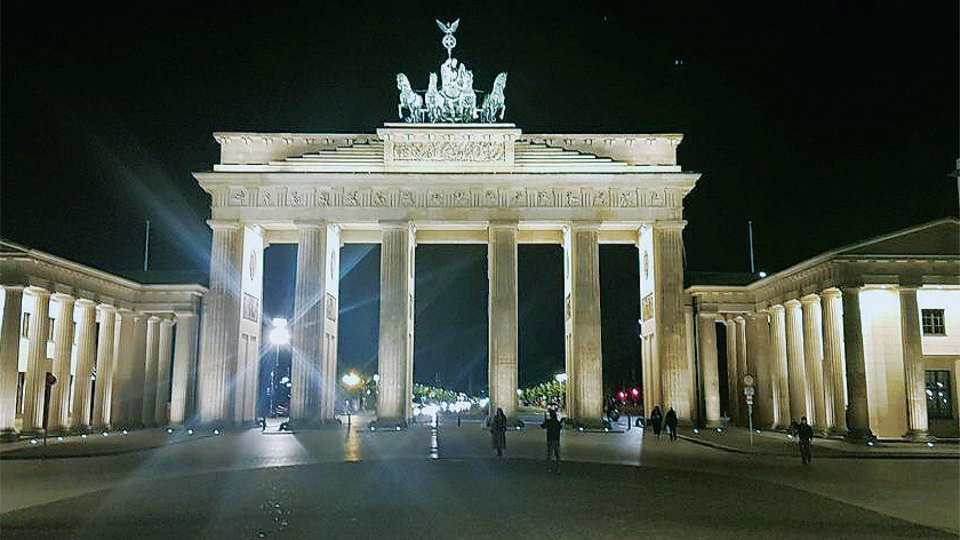 Gone Away: To Germany & Austria – 1: Why our cities look disorganised and dirty?

I guess time and chance happenth to all. One must bide his time patiently and grab it egregiously when opportunity presents itself. That was how I happened to make it to Munich’s famous October Beer Festival.

People from all over Europe and the world descend on Munich in very large numbers to witness and participate in the festival guzzling litres of beer in one litre capacity heavy, thick beer mugs. It was so heavy I needed to lift it to my lips with both my hands till it was half empty. Details of my visit to the festival later.

Time and chance happened to me to visit the festival when a visitor to my office mentioned with considerable pride that he was preparing to leave for Germany and it was going to be his third consecutive visit to this Munich Beer Festival. “Like going to Sabarimalai,” I guffawed.

“You must visit at least once,” he sounded persuasive. It was in fact a hidden persuader and I agreed to consider. Now it was my turn to persuade my son, who had already had his darshan of this festival, to take me and my wife. Like all good sons he did not demur. So it was.

Early booking or blocking, months in advance, has its advantage in hotel and airlines reservation. We were late. Yet, with effort we largely succeeded in getting the reservation, if not the concession. In future,  one may have to book air and hotel facilities not months in advance but years. In India, I thought people travelled only for pilgrimage and honeymoon  apart from business and visiting relatives. Now, people travel for holidays, participating in sports and adventure events or for watching. People travel to learn yoga, for education and even hospitalisation. Apparently, people have that extra money and time. So be it.

Our journey begins on 14th September early morning (astrologically speaking Brahma Muhurta) landing late afternoon in Berlin on the same date.  Time difference: Three-and-half hours behind India. It is the capital city where the destiny of Germany was made and unmade during the 20th Century beginning from World War I.  Monarchy in Berlin collapsed under the Versailles Treaty of 1919; large areas of German territories were conceded to other European countries, including France. Under a sinister, unjust ‘War Guilt Clause’ in the Treaty a demilitarised Germany was asked to make War Reparation Payment of an inconsiderable amount of US $ 31.4 billion. This was evil and evil begot evil in the form of Hitler and World War II. Weiner (Socialist) Republic was formed in 1919 and Hitler came to power in 1933. Let it be. Let me not write German history, let me go around Berlin…

READ ALSO  Gone Away: To Germany & Austria - 2: The Berlin Wall

As I was told, it was cold, wet and dismal in a dim atmosphere. After checking in, we left our hotel for a walk around. After an hour I could not but remember Bengaluru. If Berlin is a healthy city, Bengaluru is a diseased city. If Bengaluru is a crowded dirty city, Berlin is sparsely populated clean city. According to our German guide, Berlin was built on a swamp land (hence the name) and had problem constructing buildings. For foundation, water had to be constantly pumped out. And we were witness to a similar situation even after many centuries now.

At various places along the road or overhead across the road we would see big pipes painted in blue or pink leading to the huge canal (or was it the River Spree) that runs quietly in the middle of Berlin City. This is to carry water from the construction sites to the canal. And the canal that looks like a river is clean (no need to emphasise) and used very purposefully for river cruise for tourists. This canal-river is also used for tourist boating, competitive boat-racing and such water sports. Look at our city Mysuru with the remaining four usable water bodies (lakes) — Kukkarahalli Lake, Karanji Lake, Dalvoy Lake and Varuna Lake. Not even simple boating is introduced here in a purposeful manner, forget about cruise boats.

One of the reasons why these cities in Western countries are dust-free and clean is that all open areas including the footpaths are paved. Footpaths and bicycle lanes (clearly earmarked) are kept absolutely free of any obstructions like in India ­— look at Bengaluru and Mysuru. Flag poles, kiosks, small temples, sacred tombs, advertisement hoardings abound creating sound pollution and nuisance to the pedestrians. It is obvious, the bureaucracy and the politicians are hand-in-glove either to line their pockets or for garnering votes from those who encroach these footpaths and public spaces.

In a country where law is selectively or scarcely complied with, even Supreme Court’s orders are not followed in this regard, we cannot expect our city to be even a patch on the quality and beauty of these Western cities, old or new. Lacking in aesthetic sense, we are unable to regulate even the shop or building sign-boards.

When A.B. Ibrahim was the MCC Commissioner, he somehow, outsmarting our MLAs, MLCs and Corporators, managed to streamline the name boards of shops in the Devaraja Market facing Sayyaji Rao Road. However, he could not go further… Perish the thought.

Who will force the bureaucrats to implement these SC orders? The Government does not. MPs, MLAs, MLCs do not bother. The tax-payer should go to the SC again at high cost. Can he? So the vandalism of our footpaths go on…

In Western countries the Peoples’ Representatives are always under watch by their own colleagues and the law- abiding citizens. As a result bureaucrats implement the law and court orders. No wonder we find Western cities so clean, hygienic and orderly.

Our guide was gloating over the greenery in Berlin. Berlin is only 1/3 city, rest is forest, garden and parks, he says and added winking at me with a smile “and this is the only city in the world with so much of green cover.” I smiled. For normal rains no road or open area gets water-logged as in Bengaluru or Mysuru. Wonder what our IAS, IPS officers, Engineers and Politicians learn after visiting these cities at tax-payers’ cost? Don’t they feel that cities in our country, which we call ‘Motherland’, should also be as clean, good and beautiful like these Western cities? If not, there is something wrong in our culture of public life and responsibility. Narendra Modi alone cannot remedy this problem by merely sweeping streets… My feeling is that we have compromised our Democracy to our own detriment. No wonder some epidemic diseases are endemic in our cities like Dengue, Chikungunya, Malaria, etc.

When I switched on the TV on completing our night-safari of sorts, the image on LG TV  came with the motto: Life’s Good. Indeed in Berlin. For India, LG TV should change its motto: Life’s Grouchy.

4 COMMENTS ON THIS POST To “Gone Away: To Germany & Austria – 1: Why our cities look disorganised and dirty?”