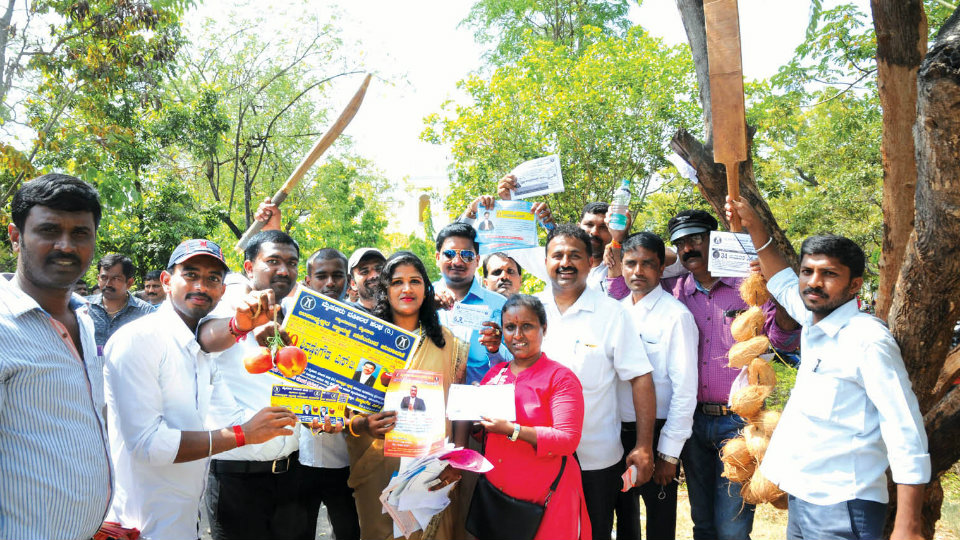 41 candidates in fray for 16 posts; results by 7 pm today

Mysuru: Voting to elect members for the Executive Committee of the Mysore Bar Association began at the Association office in the City Law Courts complex here this morning. As many as seven polling booths were opened at 9 am. The polling went on peacefully and will conclude at  4 pm. Results will be announced by 7 pm today.

As many as 41 candidates are in fray for 16 posts.  There are 2,640 registered voters in the Association.  Co-operative Department Officer Harish is the Returning Officer.

Election was held following the closure of the two-year term of the previous Executive Committee led by Ramamurthy as its President. This year, there is a tough fight as there are several contenders in the fray when compared to previous polls.

The candidates had undertaken campaigning through social media after the announcement of the election. Counting of votes will be taken up after the completion of the polling.