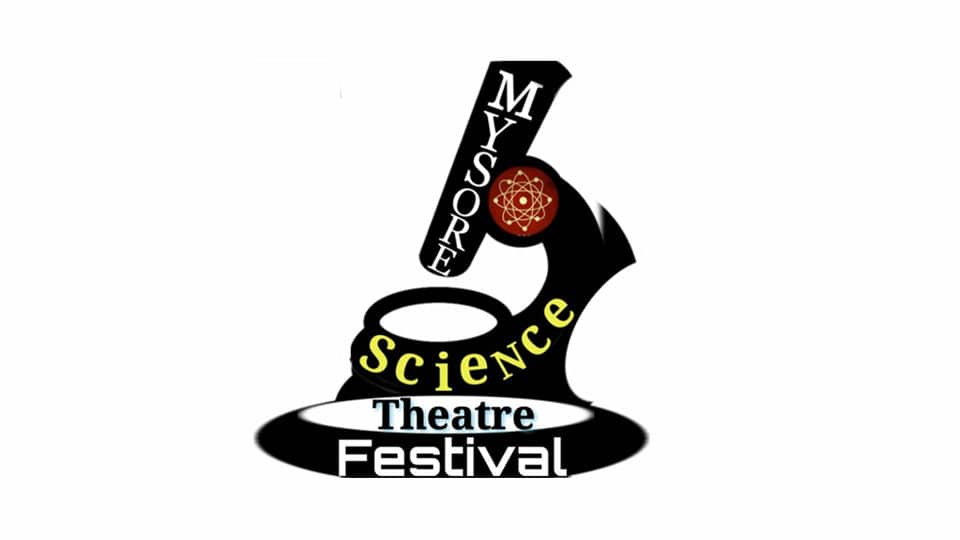 Mysuru:  Science and Arts have grown tremendously over the last few hundred years.  But if one were to ask about collaboration between these two knowledge streams one gets disappointed. Amongst all the art streams, Theatre, perhaps, has the greatest potential to realise this collaboration.

Keeping this in mind, Mysore Science Theatre Festival has been organised in city. This is the first time such a festival is being held in Karnataka.

Parivartana Ranga Samaja, Kalasuruchi and Arivu Trust have come together to host ‘Mysore Science Theatre Festival-2018’ at Mini Theatre in Kalamandira premises from Mar.9 to Mar.11.

The event is supported by Karnataka Nataka Academy, Karnataka State Science and Technology Academy and the Directorate of Kannada and Culture.

Synopsis: A popular belief is that major discoveries in Mathematics are achieved before one turns 25. Heights of mathematical capabilities and mental imbalances are also supposed to live together. These two notions have had some basis and bit of history. Question of inherited greatness in mathematics is also a subject of deep speculation.  David Auburn’s play ‘Proof’ tries to ask all these questions.

Additionally, gulf between the desires and reality in the context of academic life is also examined in this Pulitzer and Tony award winning play.

Synopsis: Broken Blossom is a play woven around the biological and evolutionary aspects of menstruation. During the menstruation cycle, females tend to lose lot of blood which may lead to reduction of nutrients. Getting pregnant is the only natural option available for the female to avoid menstruation. In this context, are child bearing and menopause gifts to the human feminine species? What is the relationship between long period of childhood and the role of “grand mother”in homosapiens?  Inspired by Sarah Treem’s ‘How and Why’, play Broken Blossom tries to address some of these questions.

Synopsis: Copenhagen, a play by British Playwright Michael Frayn had a world première in 1998. Since then it has attracted huge attention in diverse fields of knowledge —theatre, physics and history. This play concerns three dead souls who try to fathom the mysteries of a meeting that took place between two of them in Copenhagen in September 1941. All three reference real people, the physicists Werner Heisenberg and Niels Bohr, and Bohr’s wife Margrethe, and a real event in which the long-standing friendship and Guru-Shishya (Master-Student) relationship between Heisenberg and Bohr was put to stern test.