Mysuru: The neighbouring Kodagu District is reeling under an unprecedented crisis following heavy rains and landslides, rendering thousands of people homeless. Meanwhile, the people of  Mysuru, seeing the calamity affecting the coffee bowl of the state, have risen to the occasion and have come in large numbers to donate whatever they are capable of at the flood relief collection centre set up at Town Hall.

Even the poor families are coming with a bed sheet, saree, monkey cap, sweater, and a few other materials and dropping it at the centre. Voluntary organisations like the GSS Foundation, Let’s Do It! Mysore and a few others are joining hands and are collecting bread, buns, biscuits, milk, milk powder, fruits, rugs, jerkins, sweaters, T-shirts, sarees, churidhar, nighties, raincoats, chocolates.

The items were then transported in a tempo to the Mysore Airport at Mandakalli at 5.30 am from where a small aircraft carried the items and airdropped them at various gruel centres set up across Kodagu as there was no place fit to land the aircraft. Two more trips carrying various items are being done for the day, one at 2 pm and again at 5 pm. 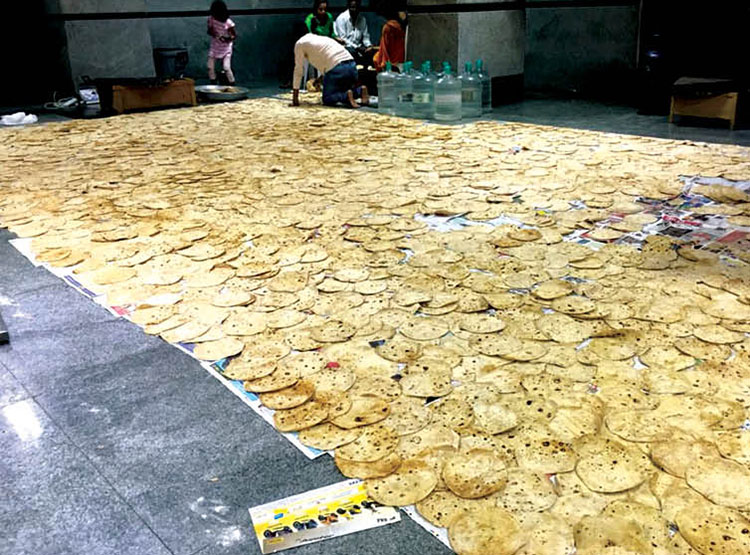 In a heart-warming incident, a specially abled child Navyashree in a wheelchair with a sticker ‘Namma Kodagu’ along with her mother Sandhya went around the streets near Agrahara  and collected funds for the flood-affected victims of Kodagu. People were seen opening their purses and contributing generously to the child, appreciating her gesture.

Speaking to Star of Mysore, Sandhya said that her daughter was touched by the problems the rain battered victims.

Even the parents of the specially-abled children of Karunamayi Foundation joined hands and cooked 500 chapathis, collected bed sheets, towels, milk powder and took  them in a tempo to Suntikoppa where nearly 800 victims had gathered in the relief centre in the church. They distributed the items to them directly. Relief materials including drinking water, blankets are being supplied to Kodagu from Mysuru and Bengaluru.