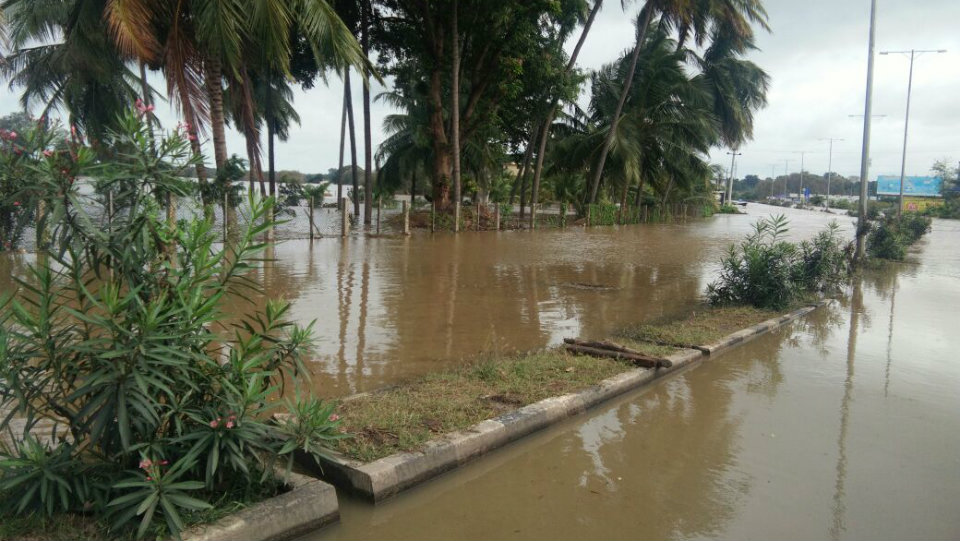 Nanjangud: Even as the temple town of Nanjangud and neighbouring areas continues to be flooded for the past several days due to huge discharge from Kabini dam to Kapila river, Revenue Minister R.V. Deshpande and District In-charge Minister G.T. Devegowda toured the town and several affected villages this morning.

The Ministers inspected several inundated agricultural fields and the lone Ganji Kendra (gruel centre) in the town, where nearly 100 people have been sheltered.

Ministers also visited the famous Srikanteshwara Temple and other cluster temples and Aiyappa Temple which have been surrounded by flood waters, Mudikatte, Mallanamoole Mutt, Hejjige bridge and Suttur bridge and took stock of the situation. 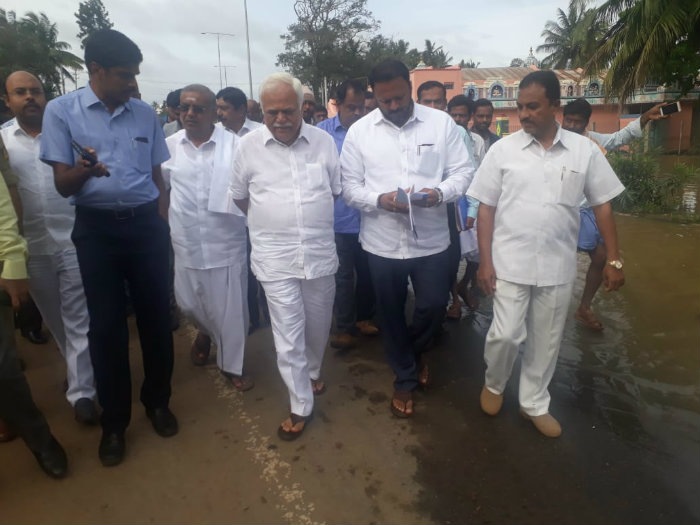 Later speaking to press persons, Revenue Minister R.V. Deshpande said 3 Ganji Kendra have been set up in the taluk.

Pointing out that the Government is awaiting reports from officials on paying compensation to the flood affected, the Minister said that the Deputy Commissioners of all districts have been vested with the powers to utilize Rs. 5 crore for distribution of cheques as instant relief.

Announcing that the State Government has released Rs. 30 crore as immediate relief for Kodagu, Deshpande appealed organizations and the public donate liberally to the Chief Minister’s flood relief fund. 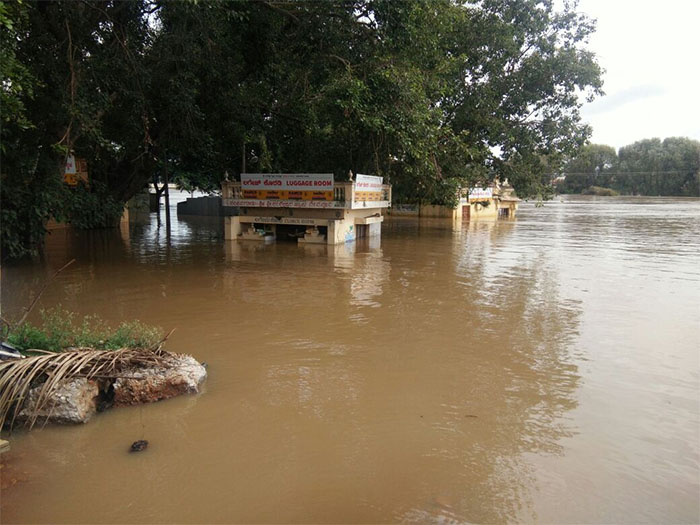 Mysuru District in-charge Minister G.T. Devegowda maintained that no loss of lives were reported from Nanjangud taluk due to floods.