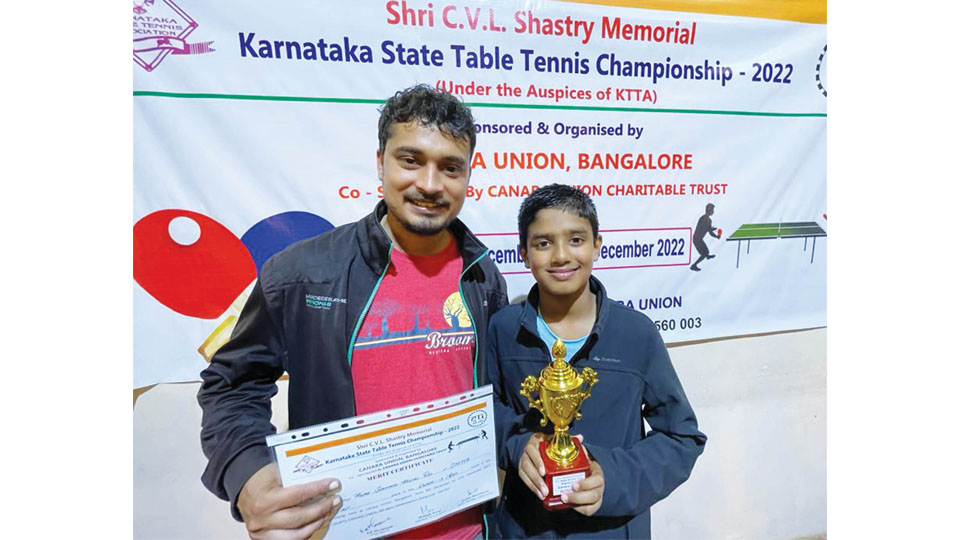 City’s Shashank Keshav Rao has emerged as the youngest Karnataka State Champion in Table Tennis (TT) in Under-13 category.

He won the title in the KTTA-Sri CVL Sastry Memorial State Championships held at Canara Union in Bengaluru recently by defeating Bengaluru’s N. Arnav (National Ranking 8) in the finals 4-1.

In the year 2007, this title was bagged by Mysuru Coach Akshay Mahanta and after a gap of 15 years, a Mysuru boy has bagged the title. Shashank will now be playing for Zonal and National Championships.

A 7th standard student of Kautilya Vidyalaya, Shashank is currently training at Olympic Maharshi Table Tennis Academy (OMTTA), Vishweshwaranagar in city and is Ranked No. 2 in the State.

He has been training for the last four years under Chief Coach Akshay Mahanta, who himself is a multiple State-level Champion and a National-level medallist.