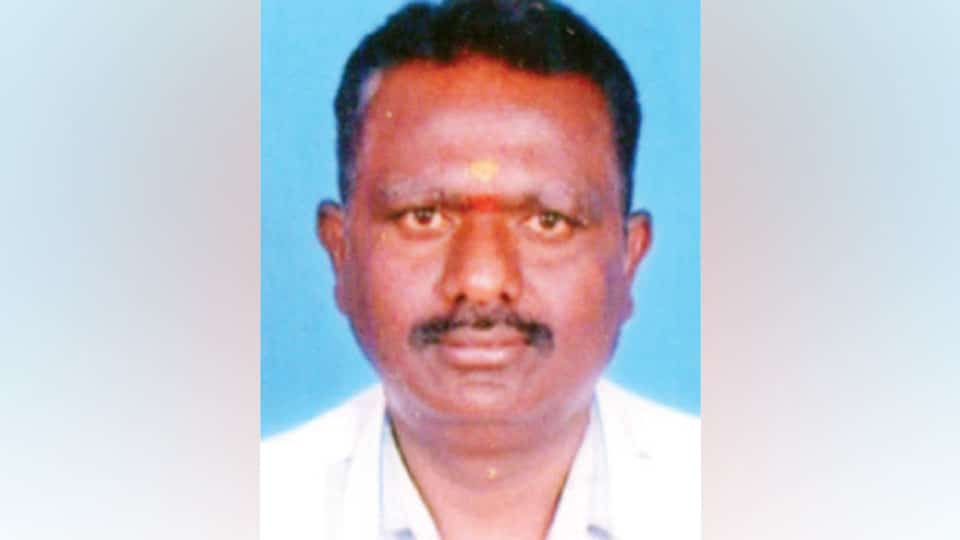 Mysuru: A businessman who had gone to meet his friend in Uttar Pradesh, passed away in the train following a heart attack, while returning, in Amla near Nagpur, in Maharashtra.

Mysuru’s B.M. Sri Nagar resident G. Arun Kumar is the one who died. The post mortem was conducted in Amla and then the body taken by road to Nagpur, from where it was airlifted to Bengaluru.

Body was brought to the city late in the night on Tuesday. The funeral was held this morning, said the sources in the family.

Arun Kumar leaves behind his wife, son and a daughter. Arun had struck up a  friendship with a person from Uttar Pradesh who was conducting business in the city. He had returned to his hometown recently and had been inviting Arun to visit him in UP.

Arun had left for UP a couple of days ago by train. He had called his son on the phone to inform him about his return to Mysuru. He had told his son that he was not feeling too well but had taken treatment. However, when his relative Arvind tried to call him on Monday afternoon, Arun did not pick up the call. But the Railway Police received it and informed Arvind that Arun had died of a heart attack in Mysuru-Ajmer train and the body was kept in the Amla Railway Station.

The Police told him that the body would be handed over after the post-mortem and he was asked to go and collect it. The relatives then reached Nagpur by flight and reached Amla by road, which is a three-hour drive and returned with the body on Tuesday night.