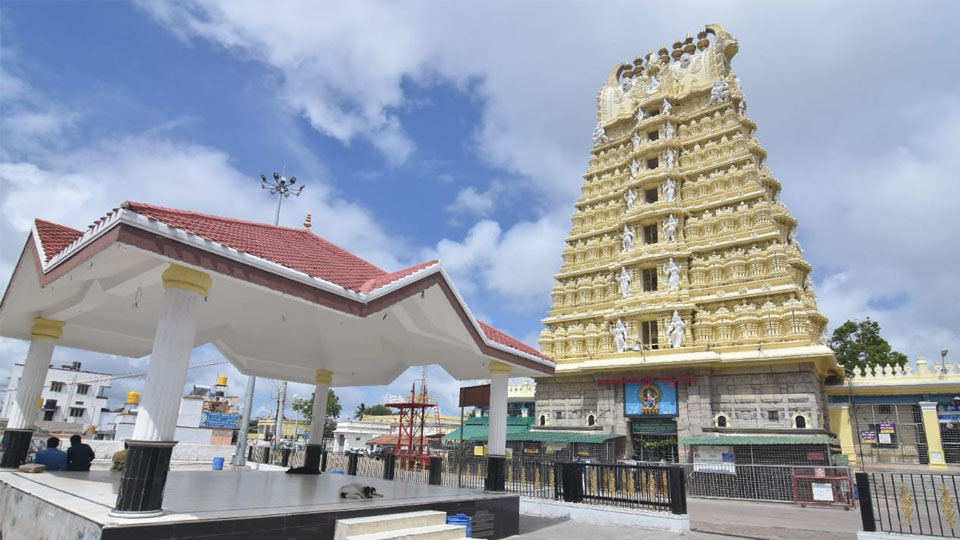 Places of worship, malls, hotels to be thrown open to people after 75 days

Mysore/Mysuru: Monday, June 8, will almost bring an end to the stringent restrictions imposed by the Centre to control the spread of Coronavirus disease. After the Centre’s recent order, malls, restaurants and religious places are set to re-open tomorrow after a gap of 75 days.

On March 24, 2020, the Government of India under Prime Minister Narendra Modi ordered a nationwide lockdown for 21 days that was subsequently extended and gradually relaxed. The Centre on May 30 said that ‘Unlock 1.0’ will be initiated from June 8 under which the lockdown would be relaxed to a great extent.

Tomorrow’s re-opening will be the biggest push to restoring normalcy after lockdown and will be a boost to bring the economy back on track. The re-opening will be with strict adherence to guidelines and Standard Operating Procedures (SOPs) on social distancing norms, public safety and health. Separate SOPs have been issued to hotels, places of worship, malls and hotels. <<Guidelines for hotels, malls, religious places ahead of re-opening>>

Gearing up to open first in the morning are the temples. Temples and shrines are being decked up and sanitised in the run to open the gates for devotees by strictly adhering to the guidelines.

The Department of Hindu Religious Institutions and Charitable Endowments (Muzrai) in an announcement along with a circular said, only “darshan” will be allowed at A, B and C category temples that come under it, and has banned all kinds of temple fairs and “sevas” or special pujas temporarily until further orders. There will be no distribution of ‘Theertha Prasadam’ and no Dasoha (free food).

The Department has advised those visiting temples not to touch walls, pillars, statues, chariots among other things there. Arrangements have been made at several temples in Mysuru to receive a steady stream of devotees at Sri Chamundeshwari Temple atop Chamundi Hill, Uthanahalli Sri Tripurasundari Jwalamukhi Temple, all temples in Mysore Palace premises and Srikanteshwara Swamy Temple in Nanjangud.

Though the temples are holding daily pujas and rituals, they were not open to the public till now, with COVID-19-induced lockdown restrictions in place. As the guidelines have called for maintaining cleanliness at temple premises and entrance, arrangements have been made at temples to check body temperature of the devotees with infrared thermometer or thermal scanners.

The entire temple premises have been sanitised and barricades have been cleaned and sanitised at Chamundeshwari Temple. As the guidelines have mandated social distancing of 6 feet marks have been made at temples for devotees to stand in queue as per the requirement at each temple. Those without face cover or masks will not be let in.

Devotees will be asked to leave their footwear in their vehicle or at a separate place, and will not be allowed in temple premises, said the temple authorities. All the temple priests and over 250 staff have been checked for their health by Health Department and those priests who are above 60 years of age have been advised to take a break for two months.

“Touching of statues/idols/holy books etc., will not to be allowed. In view of the potential threat of spread of infection, as far as feasible, recorded devotional music/songs may be played and choir or singing groups should not be allowed,” the guidelines state.

In-charges and managements of Mosques and Gurudwaras in the city said preparations are underway to ensure all safety measures are in place as they throw open their doors for the devotees amid the pandemic.

Mosque sources said that stickers and posters will be affixed on the floor and verandas of Mosques to ensure social distancing during Namaz. The authorities of some Mosques have decided to discontinue using carpet on which people offer Namaz at the Mosques and ask people to carry their own ‘Jainamaz’ (mat for offering Namaz).

Former Corporator and member of Karnataka State Haj Committee Suhail Baig told ‘Star of Mysore’ that devotees will also be advised to wear masks and carry sanitisers, and strictly adhere to social distancing norms to keep themselves and others safe from Coronavirus.

“While the inner parts of the Mosques will be closed for devotees, they have to offer prayers in the outer space where there is granite flooring and where markings are made. We have decided not to read Holy Quran at Mosques amidst crowds and have urged the people to read the Holy Book at their homes,” he added.

Following elaborate steps to be taken to keep people safe from the infection, Churches too have issued guidelines that include wearing of face masks and maintaining social distancing while praying inside the Churches. Only two persons will be allowed in one bench inside the Church.

Unlike other religions, Christianity has the concept of community service, so rules will be followed regarding social distancing and the number of persons permitted to visit Churches at a time. Churches will act according to the Government guidelines about precautions to check Coronavirus infection, city Church authorities said.