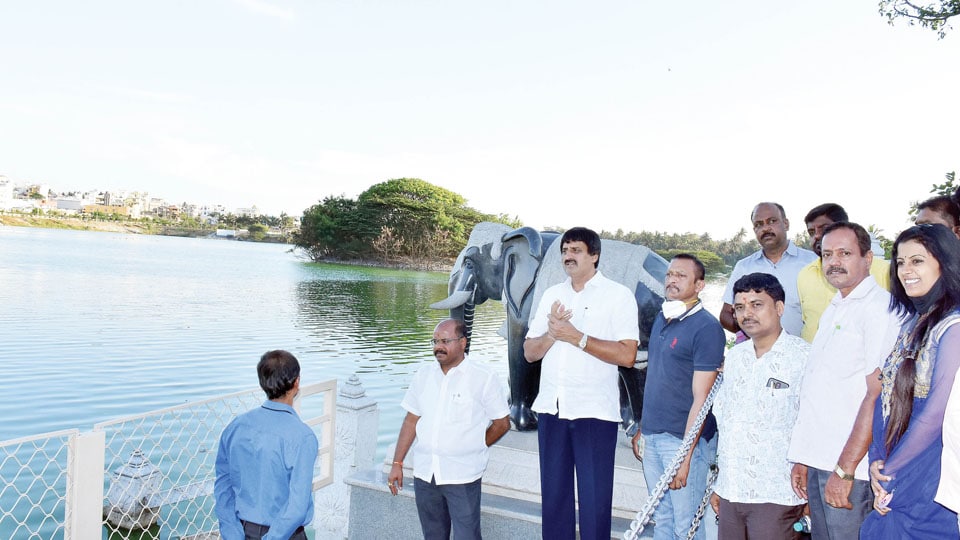 Mysore/Mysuru: A technical team is arriving in city from Bengaluru today afternoon to examine the feasibility of operating helicopter services from Mysuru to other tourist destinations in Karnataka as part of the State Government’s Heli Tourism plans.

Minister for Tourism, Ecology and Environment C.P. Yogeeshwar has announced grand plans of Heli Tourism for Mysuru and connect it with other tourist destinations as part of Heli Tourism Circuit where tourists can hop on from one destination to other instead of depending on cumbersome road transport.

He has plans to set up helipads in Mysuru, Bengaluru and other places of tourist interest such as Hampi, Jog Falls, Mangaluru and Udupi and the technical team that is coming today will inspect Lalitha Mahal Helipad and Mysore Airport at Mandakalli.

Speaking to Star of Mysore this morning, Yogeeshwar said that a team of five pilots, part of Kannada Sangha at Hindustan Aeronautics Limited (HAL) in Bengaluru, will arrive in Mysuru to study the feasibility of launching the Heli Tourism Circuit.

“They are experts in chopper landing, take-offs, helipads, Air Traffic Controls and other aspects. They will finalise the location of Heli Tourism point — either Lalitha Mahal Helipad or the Mandakalli premises,” he said and added that the technical team will visit the helipad site and give suggestions on changes they could make with regard to the helicopter services that are being planned.

“We have already identified Palace Grounds in Bengaluru and Lalitha Mahal Grounds in Mysuru for helipads. When I met certain other experts, they proposed the idea of helipad at Mandakalli after reserving a 10-acre land that is already owned by the Government. The team will study both the locations,” he said.

Tourism Minister C.P. Yogeeshwar also noted that Mysore Airport location is a bit far from the city. “If a person from Mysuru wants to hop on a chopper, he has to travel 10 to 12 kilometres from Mysuru amidst traffic to Mandakalli before he takes the chopper. Also, he has to spend on fuel if he takes his own vehicle. If the helipad is constructed at Lalitha Mahal Grounds, the distance factor is eliminated,” he added.

The Lalitha Mahal Grounds has been serving as a helipad for all dignitaries for their helicopters to land and take-off. However, the erstwhile royal family of Mysore has claimed ownership of the helipad land following a High Court ruling. “I have already spoken to Pramoda Devi Wadiyar regarding the launching of Heli Tourism from Lalitha Mahal and she has responded positively,” the Minister said.

Once the Heli Tourism is operational, there will be at least six helicopters to land and take-off and the duration and frequency depends on the public response. “We have discussed the issue with officials and stakeholders on the permissions required for Heli Tourism. It is the best option for tourists to catch a glimpse of Karnataka. Any aviation company with Directorate General of Civil Aviation (DGCA) certification can provide the service,” he added.