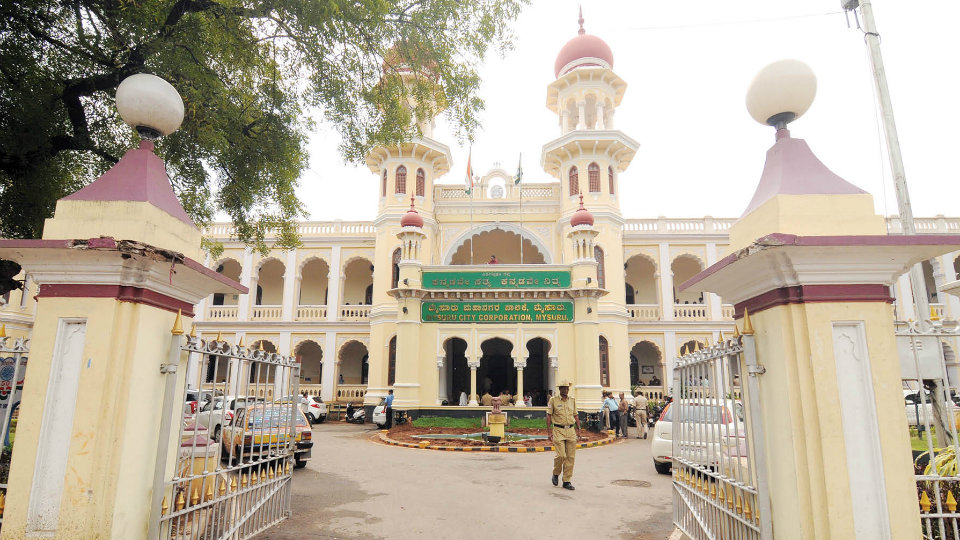 Mysuru/Mysore: After a two-month delay, the Mayoral election for the second term of the current tenure of the Mysuru City Corporation (MCC) has been scheduled to take place on Jan.18.

The Government had announced the reservation matrix for Mayoral polls in December last, according to which the Mayor post is reserved for Backward Class-A (BCA)- woman and the Deputy Mayor post for SC category.

Following the declaration of the reservation matrix, the Additional Regional Commissioner at Mysuru announced the Mayoral poll schedule yesterday.

The election of the Mayor and the Deputy Mayor will be followed by the election to the four Standing Committees of the MCC.

At present, the Congress-JD(S) combine is ruling the MCC with Pushpalatha Jagannath of Congress as Mayor and Shafi Ahmed of JD(S) as Deputy Mayor.

For the Deputy Mayor post, which is reserved for SC category candidate, there are three main contenders from the Congress — Pradeep Chandra (Ward15-Rajendranagar), C.Sridhar (Ward 38-Giriyabovipalya) and G.S.Sathyaraj (Ward 39-Gayathripuram first stage). All these contenders are said to have started lobbying as soon as the Government announced the reservation matrix on Dec.26 last.

Meanwhile, JD(S) MLA and former Minister S.R. Mahesh, speaking to the media after Mayoral election date was announced on Monday evening, asserted that the alliance with the Congress in the MCC will continue. Leaders of both the parties will discuss the strategy for the polls.

The JD(S) will give prominence to the candidate who has displayed unquestionable loyalty to the party, he said and added that JD(S) Supremo H.D. Deve Gowda and former Chief Minister H.D. Kumaraswamy will have the final say in the selection of the candidate.

He further said that the JD(S) will announce the Mayor candidate only a day or two before the Jan.18 election.