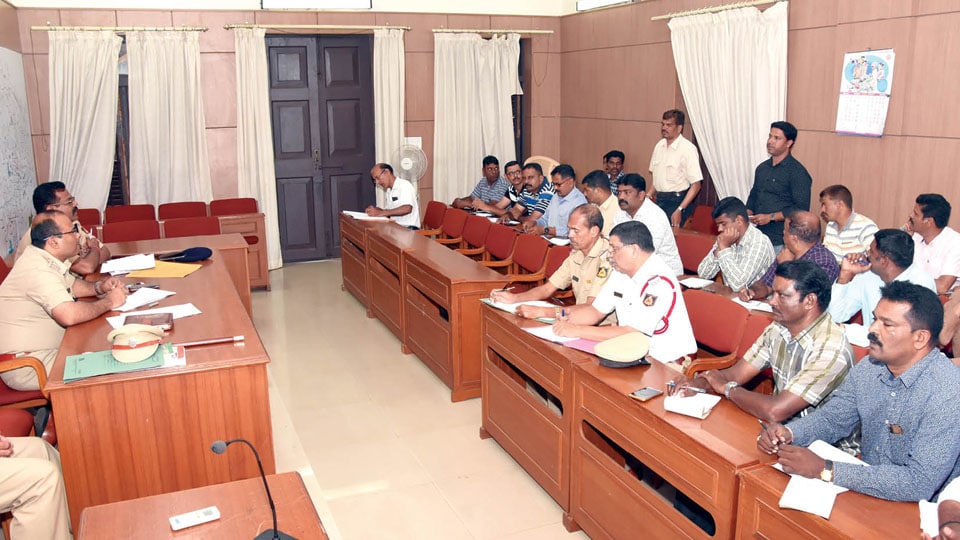 Mysuru/Mysore: With a host of Central Trade Unions calling for a Nationwide general strike tomorrow (Jan.8), the city Police have made elaborate security arrangements for preventing any untoward incidents during the strike.

The Trade Unions at a National Open Mass Convention held at New Delhi in September last had called for a Nationwide General Strike (Bharat Bandh) on Jan.8, 2020, in protest against the Union Government’s failure to respond to the 13-point charter of demands of workers and also against the alleged anti-labour policies of the Government.

However, the impact of the strike in the city is expected to be minimal as several Associations and organisations providing essential and general services said that they will function as usual.

KSRTC officials said that buses will operate as usual tomorrow and services will be stopped only if any violence or damages to buses are reported.

Mysuru District Private Bus Owners Association too said that private buses will operate as usual and there will be no disruption of schedules.

Mysuru Hotel Owners Association President C.Narayanagowda said that Hotels and Restaurants in the city will be open.

Petrol Bunk Owners Association too declared that all bunks in the city will remain open.

Autos, Taxis, Tempos, other passenger vehicles and goods vehicles too will be on roads, providing service to commuters as usual. There will be no disruption in train services either.

Banking services too is largely expected to be normal, with Banks not declaring a holiday tomorrow.

Cinema Halls and most of other commercial establishments  will function normally.

Meanwhile, Primary and Secondary Education Minister Suresh Kumar announced in Bengaluru this morning that there will be no holiday for educational Institutions in the State. Schools and colleges have been asked to function as usual, the Minister added.

However, the Mysore Industries Association has made a request to all industries and service establishments to declare a compensatory holiday tomorrow in order to maintain peace, law and order. Even as the Police have made elaborate security arrangements for the General Strike called by All India Trade Unions, DCP M. Muthuraj said that cops have given permission for Trade Unions to take out a peaceful procession from J.K. Grounds to Town Hall, where the Trade Unions have organised a convention of workers. However, action will be taken if there are any attempts to disturb Law and Order, he said and added that the Mobile Command Centre will be stationed at vantage points to monitor the protests.