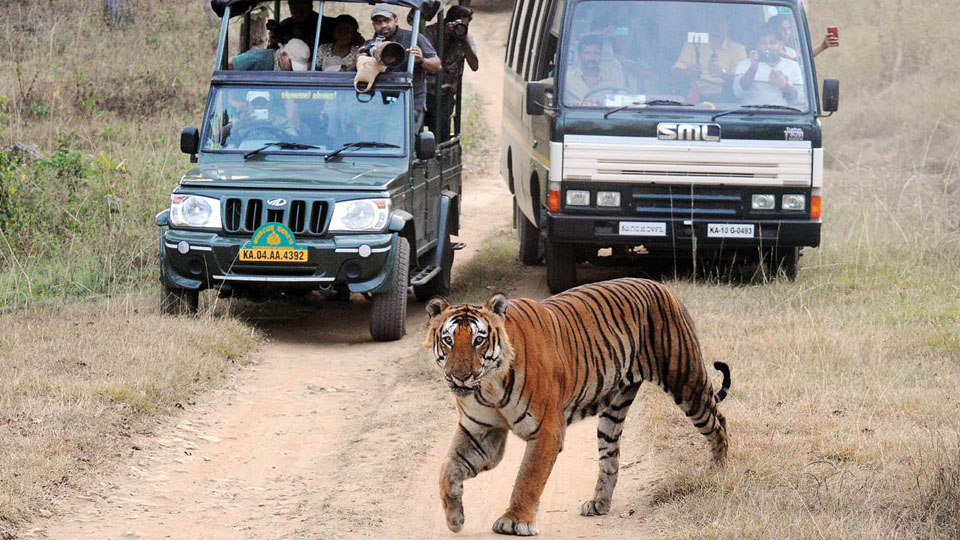 Bengaluru: With the Karnataka Government deciding to open the doors of the hospitality sector from June 8, tourist places, Zoos, Bandipur and Nagarahole Tiger Reserve safaris, Jungle Lodges and Resorts (JLR) properties will open up to guests.

Though there are Standard Operating Procedures (SOPs) to open the Zoo and places of worship, the Tourism Department in Mysuru has so far not received any formal guidelines to be followed. “We are just  facilitators to the tourism industry and we do not carry out activities to invite tourists,” Mysuru Tourism Department sources told ‘Star of Mysore.’

Even the Karnataka State Tourism Development Corporation (KSTDC) Limited will commence tours in the State from June 10. The order to this effect was issued after the Central Government agreed to the proposal and issued a set of SOPs.

Only those in non-containment zones are permitted to open and all directions issued by the Centre and Health Department will have to be followed, Tourism Secretary T.K. Anil Kumar told reporters in Bengaluru.

Only those who are asymptomatic will be permitted to enter any premises, and a thorough screening will be done. The decision has also been taken as movement of private vehicles is now permitted. In case of JLR, the number of visitors for safari will be restricted and social distancing will have to be ensured at all tourism sites. Safaris organised by the Forest Department will also start from June 8, but no lodging will be allowed in forest guest houses.

To begin with, the KSTDC will operate four tours –— Dakshina Kannada Temple Tour, sight-seeing in Bengaluru and Mysuru, Nature Splendour (Bengaluru-Madikeri-Nagarahole-Bengaluru) and temple tour of Hassan district —- from next Wednesday. The tours will be operated on the philosophy of local tourism activities ‘Nodu Baa Nammoora’ (Come, See Our City), dining out within the city and ‘Love Your Local’ model.

According to a press release from Kumar Pushkar, Managing Director, KSTDC, several safety regulations will be adopted while ferrying tourists to these locations.

Among the measures to ensure tourist safety included, complete sanitisation of tourist vehicles, mandatory gloves, masks, sanitisers and thermal screening for guides, drivers and cleaners of the bus, 50 per cent occupancy in vehicles to ensure social distancing norms and others.

People suffering from illness or above 65 years of age will not be allowed to take the tour, the release stated adding that all buses will be non-AC. All tourists will also be screened for any illness before the start of the journey, it said.