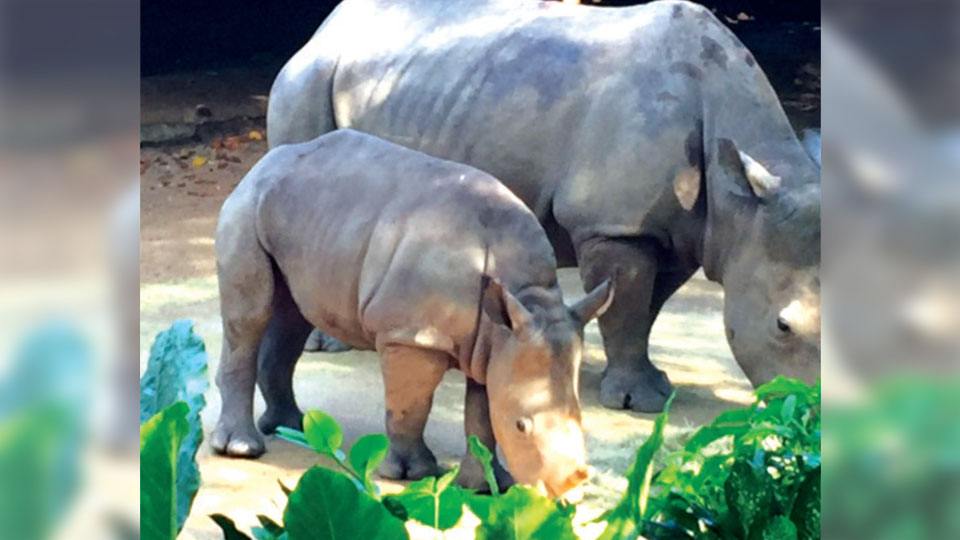 Mysuru Zoo to get guests from Singapore and Chennai Zoos

Mysuru: The Chamarajendra Zoological Gardens, popularly known as the Mysuru Zoo, will be receiving a pair of White Rhinos and a pair of Lion Tailed Macaques under Animal Exchange Programme soon.

The Zoo authorities are introducing new animals in the zoo, which will be celebrating 125 years. The Zoo has already received new animals and snakes from various zoos.

In another four to five days, a pair of White Rhinos (Male-5 years and female – 1.5 years) would arrive from the Singapore Zoo in exchange for two female elephants in Bandipur Elephant Camp, which would be sent to the Singapore Zoo.

It may be recalled that the Mysuru Zoo during the last month had received two female Sambar with two calves, six Rhesus monkeys and two Reticulated Pythons from Chennai Zoo in exchange for five Nilgais including a calf, two female Silver Pheasant birds and a pair of Common Ring Necked Pheasant birds.

Shaurya, the three-year-old Asiatic Lion, had arrived from Rajkot Zoo in Gujarat. All the animals which have got adjusted to the climatic conditions of the city and the zoo environment are hale and healthy and are attracting the visitors, according to Zoo Executive Director K. Kamala Karikalan.