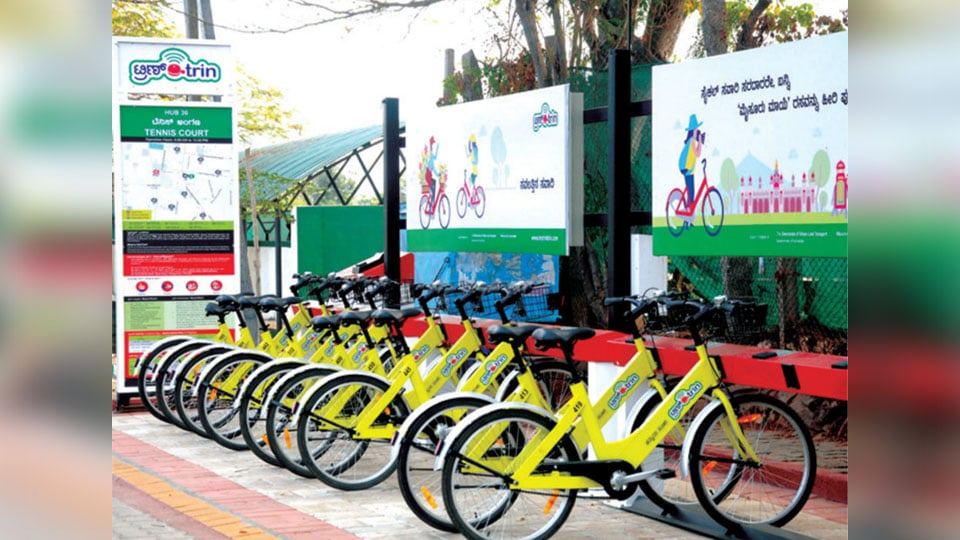 The Public Bicycle Sharing System (PBS), to be launched in Mysuru by March end, will consist of 450 cycles at 48 docking stations and once launched, the project will make Mysuru to become the first city in the country to have public bicycle-sharing system, Roshan Baig said.

The Minister said that the docking stations will be integrated with bus stands and the Railway Station. There will be a nominal fee for cycle users. The initial coverage area will include destinations like Race Course, Kukkarahalli Lake, Mysore Palace, Chamundi Hill, Lashkar Mohalla and bus stand.

Baig said that the project is being implemented with World Bank grant and the nodal agency to implement the project is the Directorate of Urban Land Transport (DULT). “The initial capital cost is Rs. 7.73 crore. Already, 38 docking stations have been installed and civil work is in progress in the remaining locations. By March-end, the system will be operational, the Minister added.