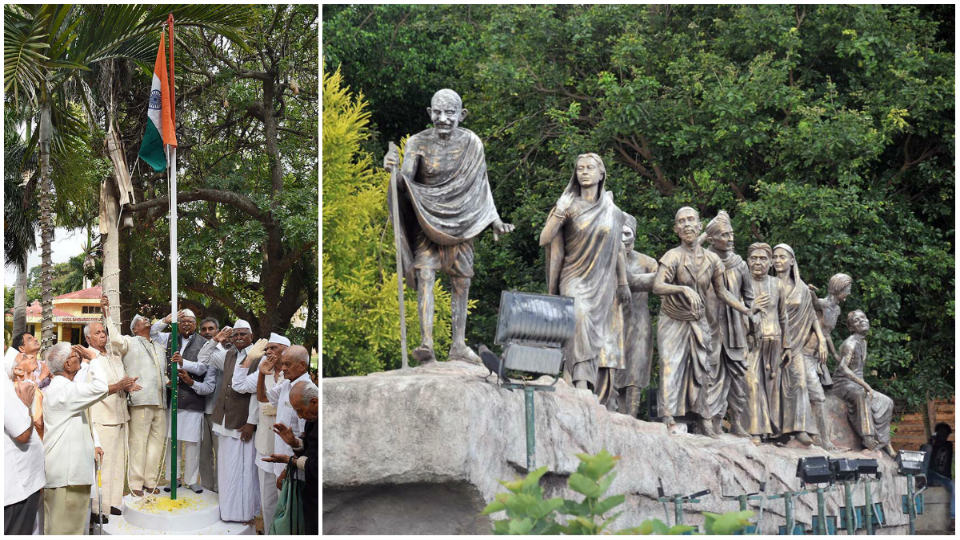 India will celebrate its 70th Independence Day on August 15, 2017 during which the entire country will remember the sacrifices of many people since 1857 – The first war of Indian Independence until Aug.15, 1947 – the day we got Independence.

People in Mysore also remember the contributions of freedom fighters from Mysore, who braved their hearts to fight for Independence and during ‘Mysore Chalo,’ the post Independence struggle to liberate the Mysore State from the Princely Rule.

At a time when the struggle for independence had begun, Mysore was also influenced by the national awakening, which was being evidenced by newspapers such as The Hindu, The New India, Maratha and some of the local newspapers such as Karnataka Prakashika, Suryodaya Prakashika and Vrittanta Chittamani. Inside Freedom Fighters Park in city: The statue commemorating Dandi March (Salt Satyagraha) of 1930 featuring Mahatma Gandhi and his followers.

There was definite activity in the direction of national awakening, as during the World War I when Thagadur Ramachandra Rao started his movement against the foul criticism of the Hindu Society by the Christian Missionaries and also started selling pictures of Jalianwallah Bagh tragedy at his shop in Mysore in 1919.

When Bal Gangadhar Tilak passed away on Aug. 1, 1920, there was a huge procession of mourners and shops in Mysore were closed. Even the District Court was forced to shut. The procession was led by the students of Maharaja’s College followed by the boys of Marimallappa High School and other schools and among the leaders were Devudu Narasimha Shastry, a college student then, M. Venkatakrishnaiah, who was the Principal of Marimallappa High School, who were responsible for bringing in leaders such as Thagadur Ramachandra Rao, M.N. Jois, Palahalli Sitaramaiayya and Agaram Rangayya to the national cause.

Following the Nagpur Congress convention, its branches were opened all over Karnataka in 1923 and M. Venkatakrishnaiah was the first President of Mysore District Congress Committee. In the mofussil areas, Visveswara Gowda of Nanjangud, T. S. Subbanna of Thagadur, T. Rama Rao, Siddhoji Rao and T.P. Boraiah at T.Narasipur, advocate M.A. Srinivas Iyengar and G. Krishna Murthy of Hunsur and Ganapathi Shastry of Saligrama were some of the early leaders of Congress during 1920s and early 1930s who spearheaded the freedom movement. 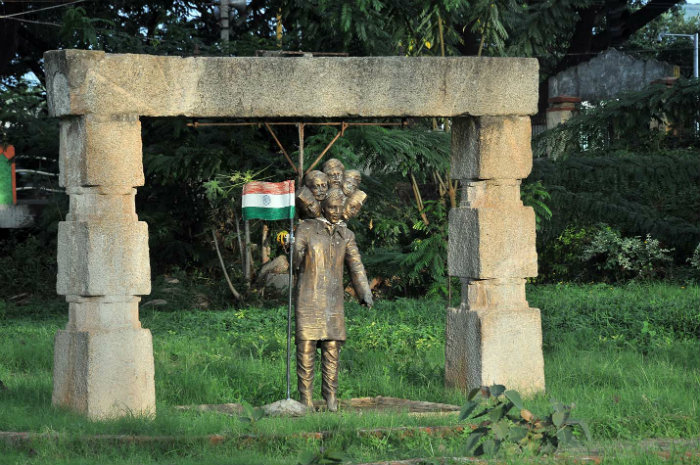 The Congress in this part of the region was funded by philanthropists like Sahukar D. Banumaiah, P.N. Sangappa and hotelier Badri Prasad. By 1938, the struggle for Independence intensified after the Shivapura Congress was held. Many leaders were imprisoned after the Shivapura Satyagraha and Dwaja Satyagraha in Mysore region. Freedom fighters from Chamarajanagar and K.R. Nagar actively participated in the freedom struggle, which resulted in about 6000 people being sent to jail across Karnataka.

At the time of Quit India Movement people involved in freedom struggle laid a siege on the post offices, damaged the railway tracks and cut off the telephone lines in protest. The protest intensified after news about Mahatma Gandhi’s arrest was announced.

Majority of the planning regarding the freedom struggle was at Subbarayana Kere, which is located opposite Anathalaya on Narayana Shastri Road in city.

Speaking to Star of Mysore, Prof. T. Venkatachalaiah said Subbarayana Kere has played a vital role during the freedom struggle in Mysuru.

“Subbarayana Kere was the place where all the meetings related to freedom struggle were held. It was venue for our leaders to address the public gatherings. We were all students at that time and I still remember how our leaders despite British Police waiting at the venue to arrest them used to escape from the spot. I guess it was M.V. Krishnappa who came dressed as a woman and escaped after addressing the public gathering”, he added.

Mysore also witnessed the visit of Mahatma Gandhi during the freedom struggle on Aug. 19, 1927 to propagate the cause of khadi following which a khadi production unit was started at Badanawal in Nanjangud Taluk. 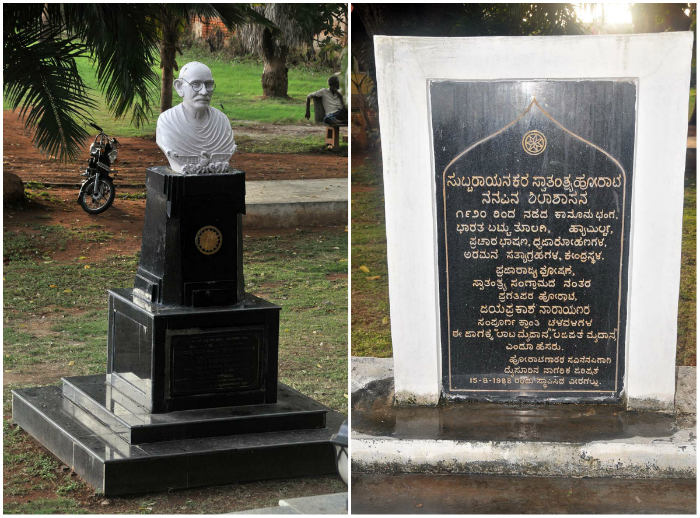 Later, at the time of the Simon Commission visit to India, Thagadur Ramachandra Rao published a booklet ‘Simon Commissionnige Dhikkara’ (Down, Down Simon Commission) and addressed a public meeting in Mysore. He was sent to 15 days imprisonment and thus became the first political prisoner in Mysore State (1928).

M.N. Jois and L.V. Rajagopal hoisted the Tricolour on January 26, 1930 at Mysore as per the call of the All India Congress Committee. When the Civil Disobedience movement was launched in the British territories, two batches of volunteers — one led by Siddhanath Pant and another led by G.R. Swamy — went to Bombay-Karnataka area and returned after the signing of Gandhi-Irvine Pact in 1931.

Mysore also witnessed the commencement of Diamonds’ League, a nationalist youth organisation started by B. Srinivas Murthy and Krishnamurthy Padaki with the help of A.N. Suryanarayan Rao at Chamundipuram. The organisation was started to mobilise youths for the national movement. It also organised an exhibition of Swadeshi materials in 1932 at Chamundipuram.

Again, a large number of youths went to Bombay in 1932 and were imprisoned. Among them were M.N. Jois, his wife Subbamma Jois, Suryanarayan Pandit, N.D. Srirangachar and T.S. Subbanna. Many faced social boycott on return and Jois and his wife were even refused entry into their house.

Thagadur Ramachandra Rao organised temple entry programme for untouchables at Nanjangud and also founded a Harijan hostel in Thagadur in 1934. Gandhiji visited Mysore to advocate the eradication of untouchability and raised contributions for Harijan fund. After this, Thagadur Ramachandra Rao and his colleagues like M.N. Jois had to face lot of humiliation and insults when they went to work among the villagers. They were denied food and shelter even by the hostels and were greeted by pelting of stones, footwear and cowdung.

In later years, student leaders like Ramachandra Jois, H.S. Sadashivaiah and T.S. Subbanna conducted nationalist programmes at Maharaja’s College including flag hoisting in 1937, 1938 and 1939. To curb the nationalist activities among students, an order was passed in June 1938 that students failing in annual examination in the high school classes should not be allowed to attend classes for a second year. This resulted in Congress leaders like M.N. Jois taking initiative to start the Mahajana High School for victimised students in 1938. 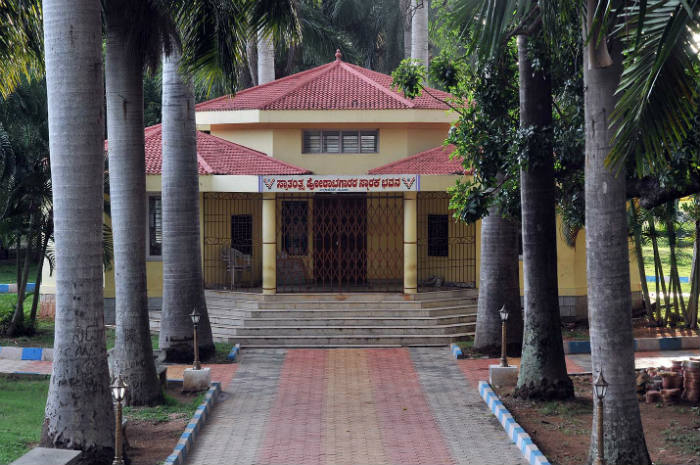 Student strike continued as they spread themselves in groups to mofussil areas. Eight student leaders including H.Y. Sharada Prasad and Abdul Gafoor were arrested and 26 elder detainees from Mysore Jail were shifted to Bangalore Central Jail in view to keep them in ‘isolation’. Despite all efforts by the Government to stop the students from organising protests, it continued. But, the death of a student, Shankarappa, in Mysore jail owing to lathi charge on Oct. 29, 1942, created panic among both the jail inmates and their parents.

A student meeting at the Town Hall on Nov. 23, 1942 chaired by Bhupalan Vasudeva Murthy was attended by more than 1,000 students who passed a resolution to withdraw the strike and return to classes and engage themselves in nation construction work.

This was followed by the release of H.Y. Sharada Prasad and other convicted leaders on Dec. 3, 1942. Even after the schools and colleges reopened, incidents of angry outburst were reported from Maharaja College Library. On December 9, 1942. M.V. Krishnappa, one of the leaders, who was underground, started satyagraha and courted arrested in January, 1943. The 11- week student struggle in Mysore went on to become one of the unique factors in Karnataka’s history of Quit India Movement.

Even today, freedom fighters in Mysore observe Quit India Movement Day. The District Freedom Fighters Association organises special function on Aug. 9 every year and remembers those who had sacrificed their lives during independence struggle. 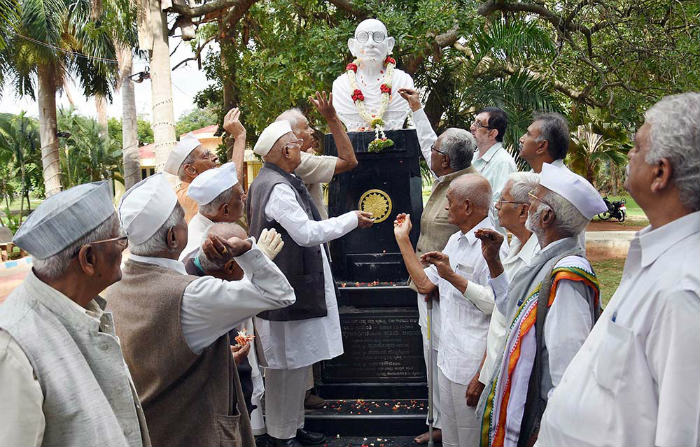 Freedom fighters offering floral tributes to the bust of Mahatma Gandhi during the 75th anniversary of Quit India Movement on Aug. 9.

Even after India achieved independence from the British Rule on August 15, 1947, the celebrations in Mysore were subdued due to the resistance from the administrators of the Princely State. The then King, Jayachamaraja Wadiyar refused to establish Responsible Government. Even the Indian Tricolour was not allowed to be hoisted. This prompted for yet another struggle called as ‘Mysore Chalo’, the last phase of freedom struggle. Even when the nationalists hoisted the flag at Subbarayana Kere, the Police intervened and removed the flag on September 3, 1947.

The Congress gave a call to volunteers from various parts of the then Mysore State to organise jathas to officially announce the commencement of ‘Mysore Chalo’ on Sept.4, 1947. Everyone including the students, workers, railway employees from all parts of the State rushed towards Mysore to take out rallies against the rulers of Mysore. Several liquor shops were attacked, taluk offices were gheraoed, telegraphic wires were delinked and railway lines were also removed.

At the time of intense protest, one high school student, Ramaswamy, died in Mysore when the Police opened fire at a procession at the Circle located in the in the junction of JLB Road and Chamaraja Double Road. The circle has been appropriately named after the martyr. In other incident, a boy called Chandrashekar managed to hoist the National Flag on the Palace. As the jails were full, the arrested were taken in vehicles to be let off in far off places.

It was on Sept. 24, 1947 the King Jayachamaraja Wadiyar accepted the demand and agreed to join the Indian Union. This was announced by K.C. Reddy at a public meeting in Subbarayana Kere. Following this, he was sworn-in as CM on Oct. 25.

The city also observes the ‘Mysore Chalo’ anniversary every year at the Freedom Fighters Park. People who participated in the ‘Mysore Chalo’ movement assembled at the park and recollect the days of their struggle to attain freedom from the Princely Rule. It is said that around 69 people died and about 229 were injured during the struggle. [Source: Karnataka State Gazetteer]

The role of newspapers in the pre-independent era was magnificent. But the newspapers then had no such freedom as today. There were times when newspapers were seized and people had to print them secretly. As the rulers then were under the control of British, they harassed the people and as such, the newspapers were cyclo-styled and distributed at camps. Freedom Fighter H.S. Doreswamy had brought out ‘Pouravani’ newspaper. But as the newspaper was seized, the paper was printed in Andhra Pradesh and circulated among the public clandestinely. 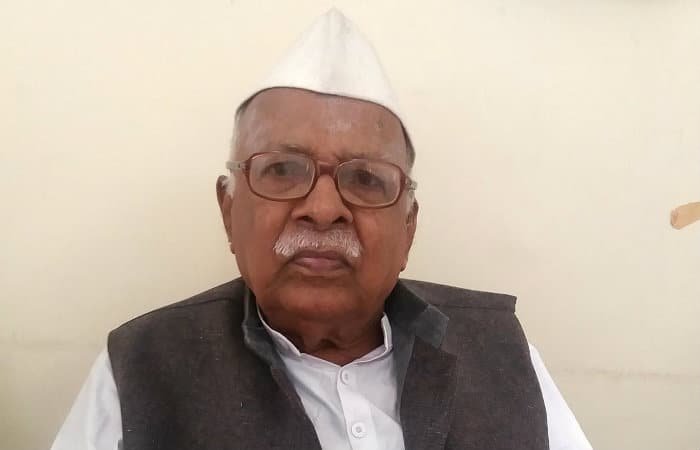 In pre-independence days, ‘Sadhvi’, brought out by Agaram Rangaiah and ‘Kidi’ were published and the names of newspapers had to be frequently changed to escape the eyes of the British. 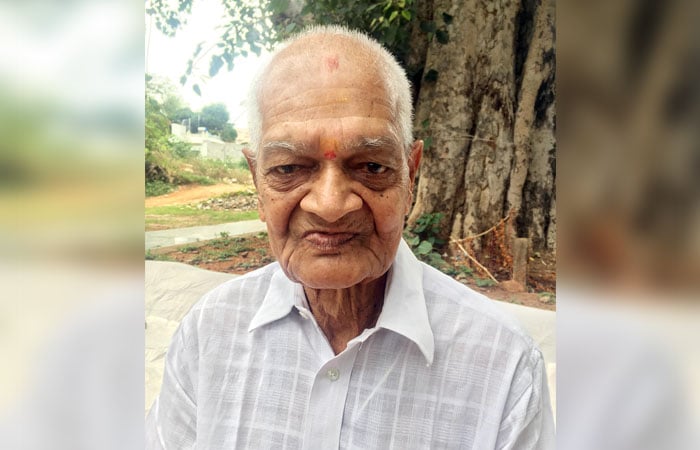 In the pre-independence days there was no electronic media (TV) or telephone connections. Whenever newspapers were banned or restriction imposed, freedom fighters like Tagadur Ramachandra Rao and others used to write news on their body in order to pass on the news to members of the public. Through this way, the news used to spread from Delhi to Mysuru. The freedom struggle then intensified, with the destruction of properties that were under British control.